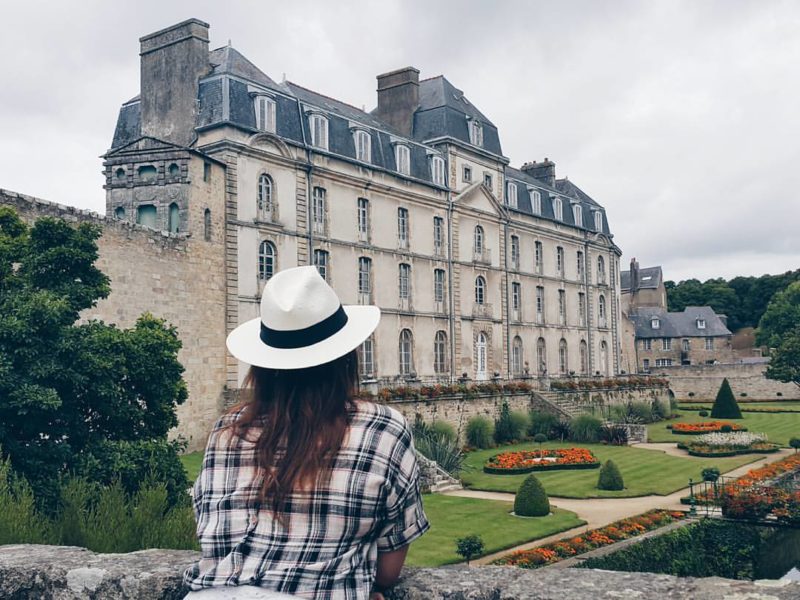 I’ve been living in France for six months.  And I thought I’d begin chronicling on this blog my adventures in my adopted country by sharing this short photo diary of Vannes, the hometown of my husband.  While technically a commune (a French administrative division bigger than a city), Vannes still has that old world feel and ambiance, much like other historical towns and villages in France.  In fact, Vannes is not only a medieval town, but traces its history all the way back to the Romans.   And I find that bit of history so fascinating, especially when compared to my own hometown in the Philippines, which did not reach township status until 1979!  It emphasizes the fact to me how France is an old, old country indeed with so much history that has shaped it and the French people to what they are today and I always find it so interesting to compare the history of my own country and experiences in the Philippines (but perhaps comparative history can wait for another post!) 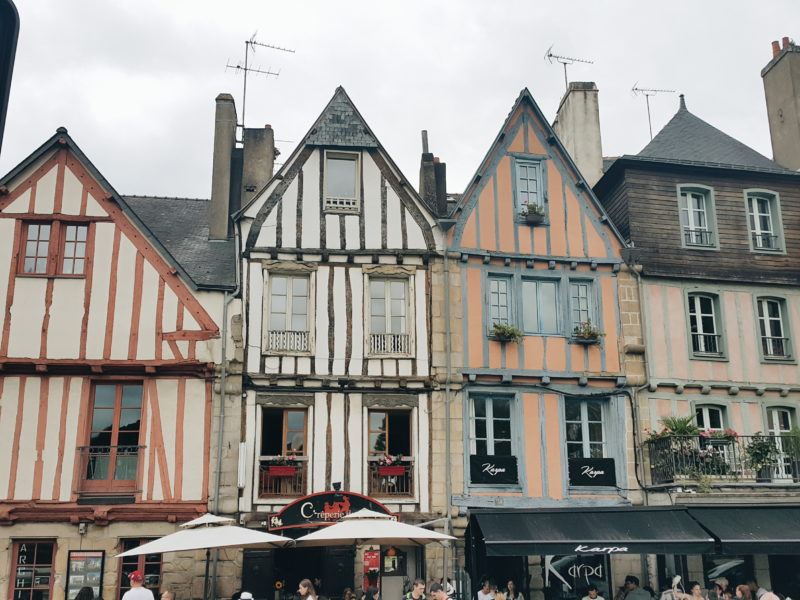 While Arnaud and I currently call a metropolitan city an hour away from Vannes as home, Vannes is still also very much home to us inasmuch as it’s the town where Arnaud was born and grew up, and we find ourselves here almost every weekend especially during the summer, as Arnaud’s parents still live here.  It’s also where we were married for our French civil ceremony last year. 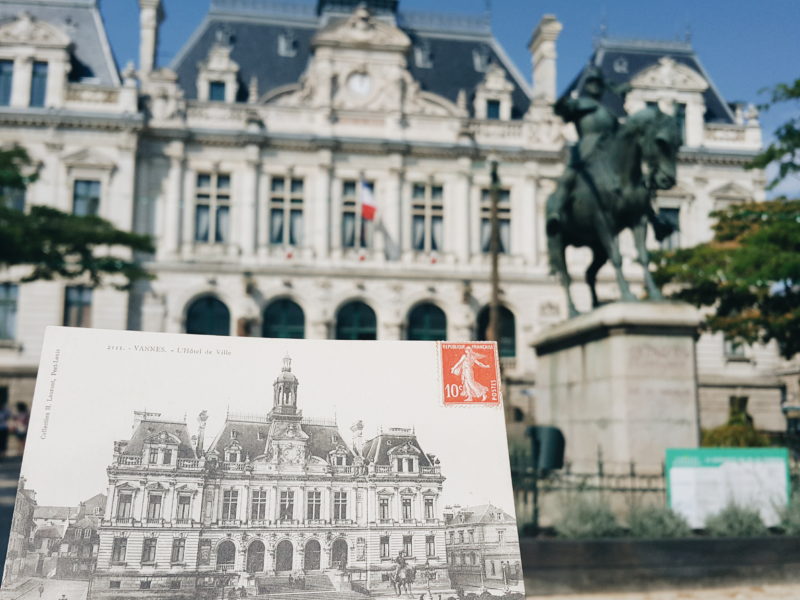 Comparing Vannes’ hotel de ville or city hall today to a photo in a vintage carte postale. This was where Arnaud & I had our French civil wedding ceremony.

I would say that Vannes has three distinct areas or “looks”.   One is the newer, “suburban” area where most residents live, characterized by houses with dark gray roofs (French municipal regulations even dictate colors and materials for roofing), with the usual sprawling supermarkets and large stores one can find in the suburbs and cities.  Vannes also has its nautical look with its port areas, where one can see rows and rows of boats (mostly sailboats), owing to the fact that Vannes is located on the Gulf of Morbihan.  And those boats are also a trademark to the location of Vannes as one of the main towns in this region of France, Brittany (“Bretagne” in French).  I can’t tell you about my life in France without telling you about our particular region.  And certainly, Brittany is one of (if not the most) distinct regions of France, not only owing to the fact that much of the region is coastal (by the sea/gulfs/Atlantic Ocean) which I love (coming from a country with 7,107 islands, water is important to my soul!) but also because the Bretons (French people from Brittany) are fiercely proud of their heritage.  In fact, it’s often said that they consider themselves Breton first, French second. 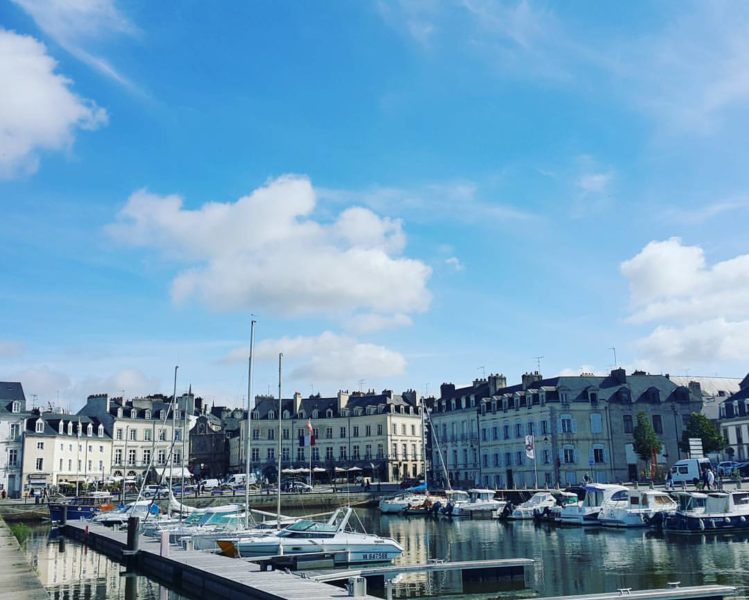 Lastly, Vannes has its charming “old city” area in center of town, which you will see in most of the photos here.  The old city is enclosed with medieval walls, with distinct stone and wooden beamed houses.  And of course, the Chateau de l’Hermine by the wall ramparts, a testament to how at the end of the 14th century,  the dukes of Brittany (back when Brittany was not yet even part of France) found Vannes as one of their favorite residences.  I love going to the old city during market days (Wednesdays and Saturdays), and with pedestrian-only streets and narrow alleys, it’s also a charming departure from shopping inside malls.  During the summer, there are a lot of tourists from all over France and even the UK.

Here are photos from one of those summer days, spent walking around the old quarter of town.

Biking through tree-lined lanes to the centre ville 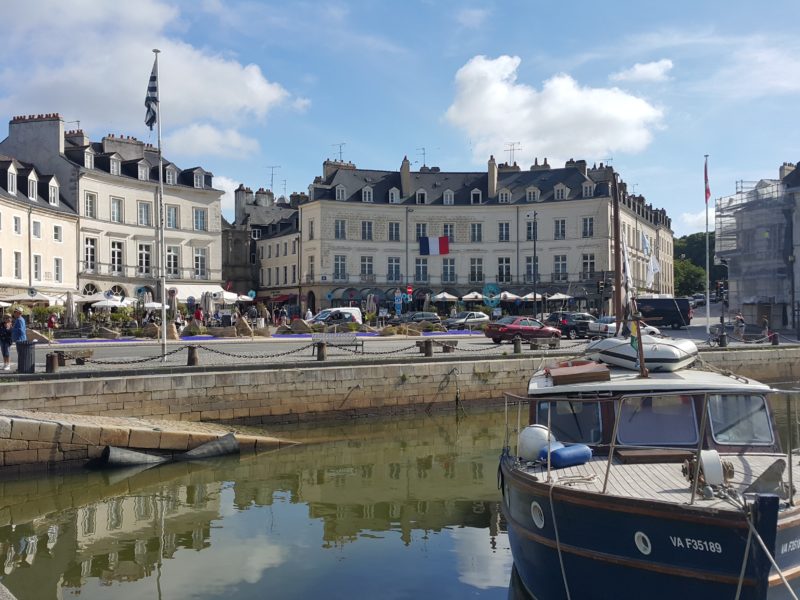 At the entrance to the old walled (“intramuros”) of Vannes 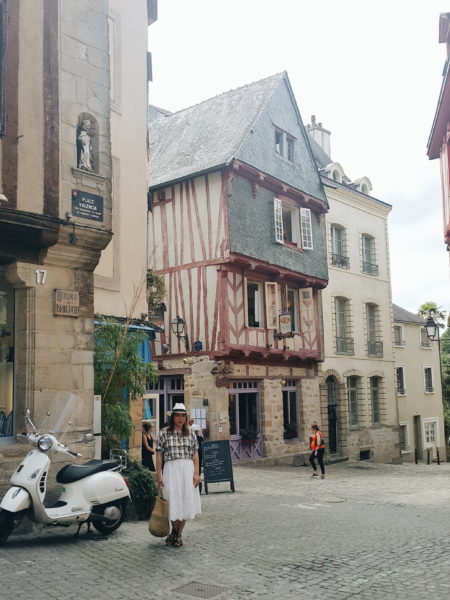 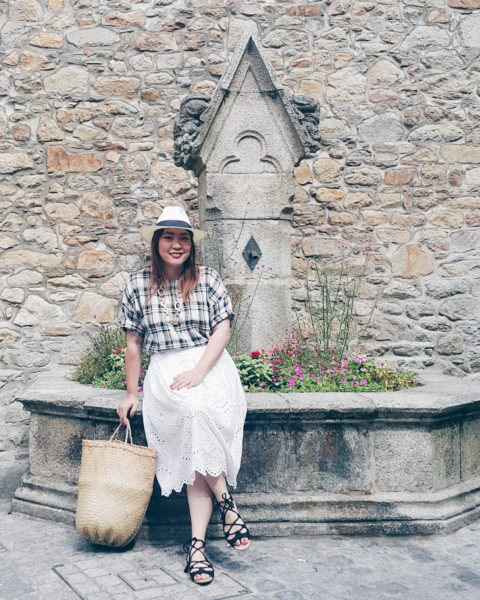 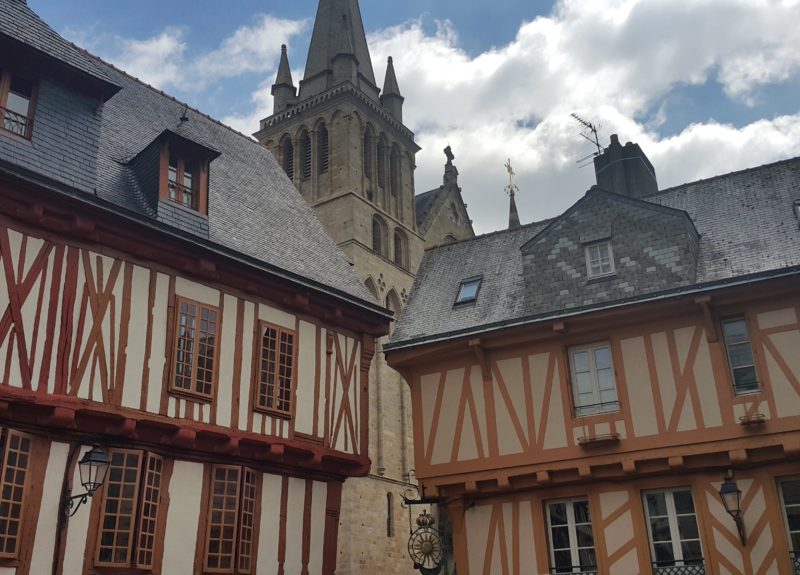 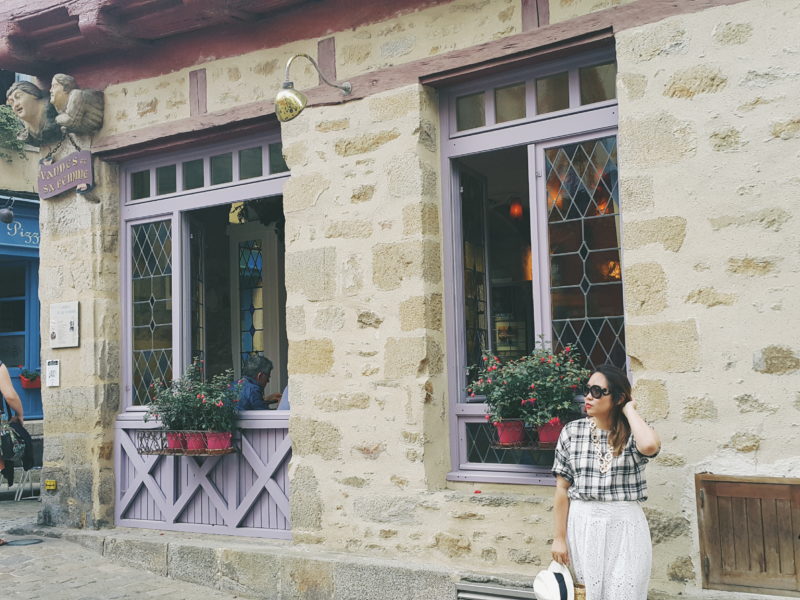 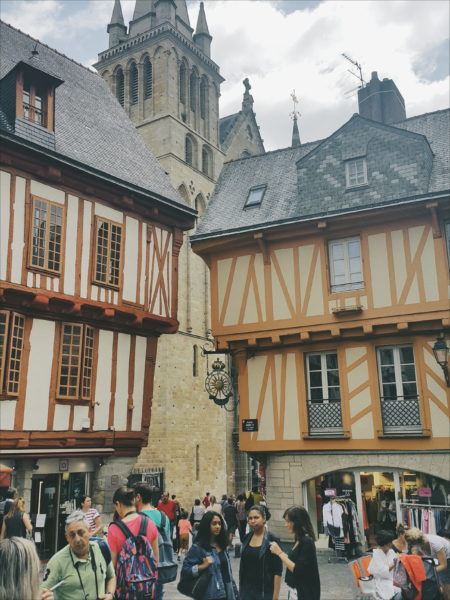 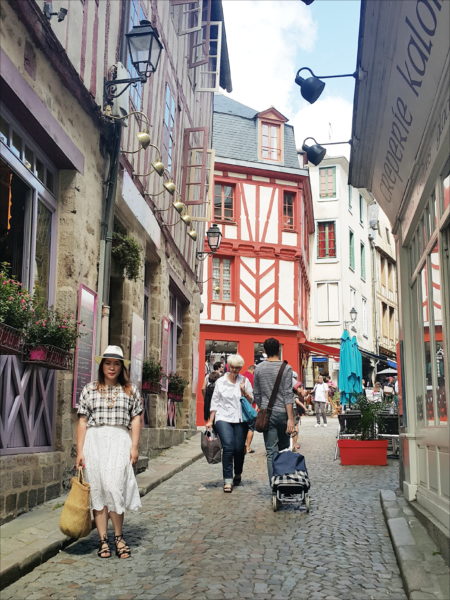 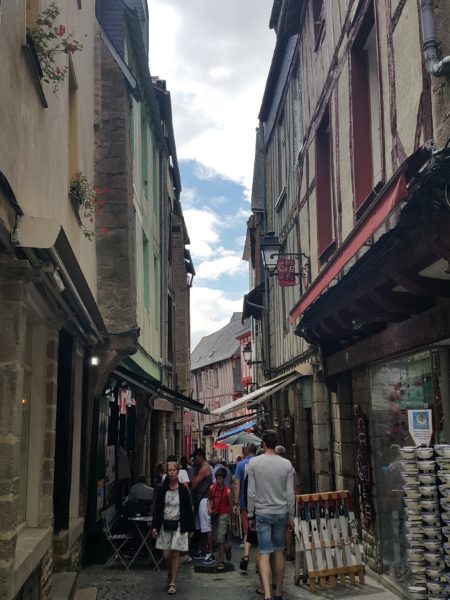 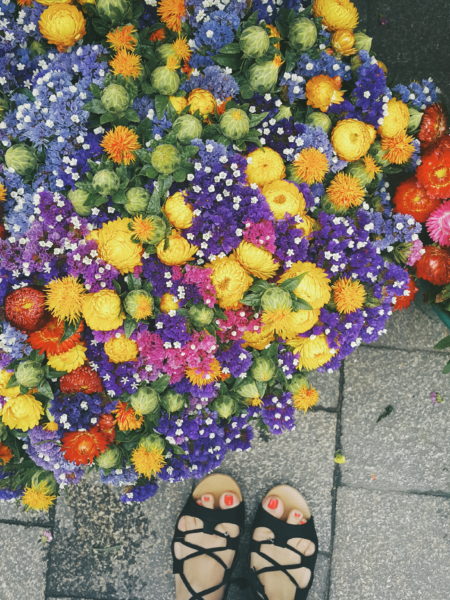 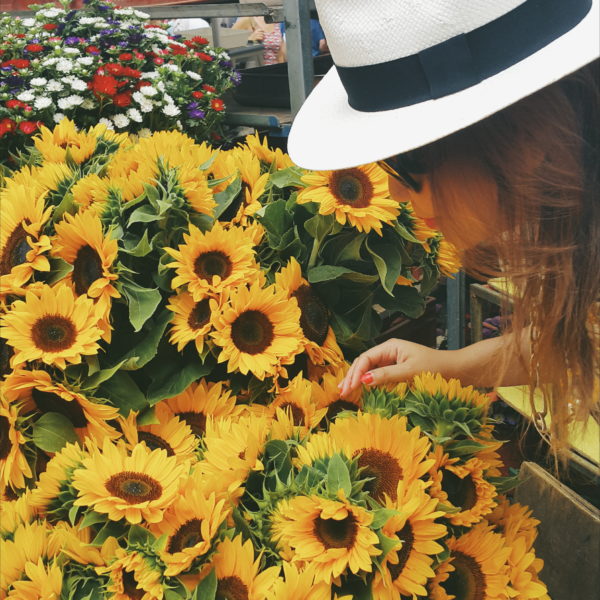 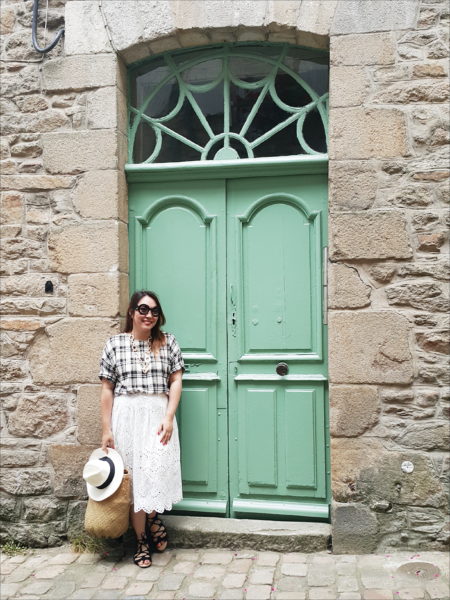 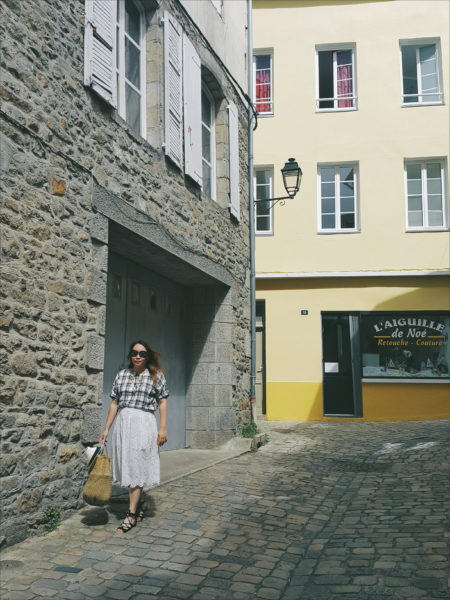 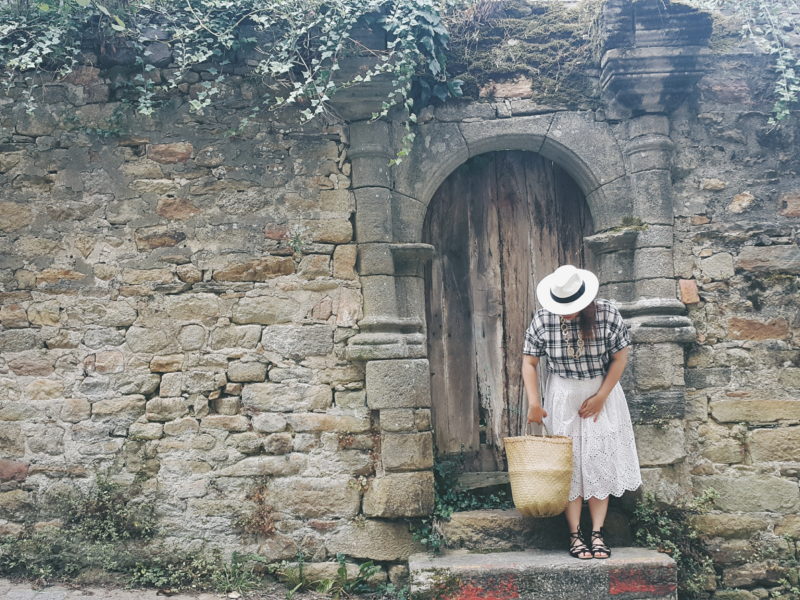 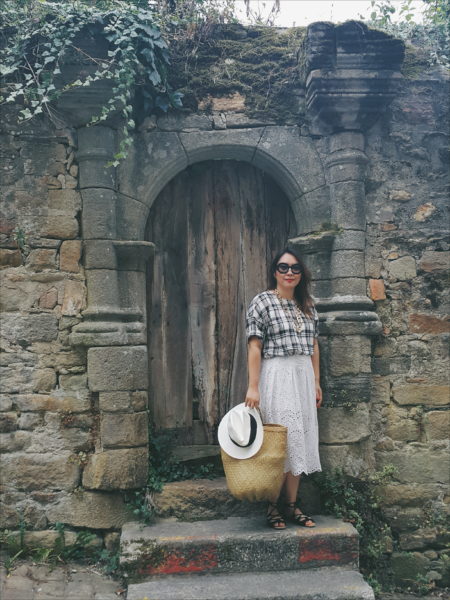 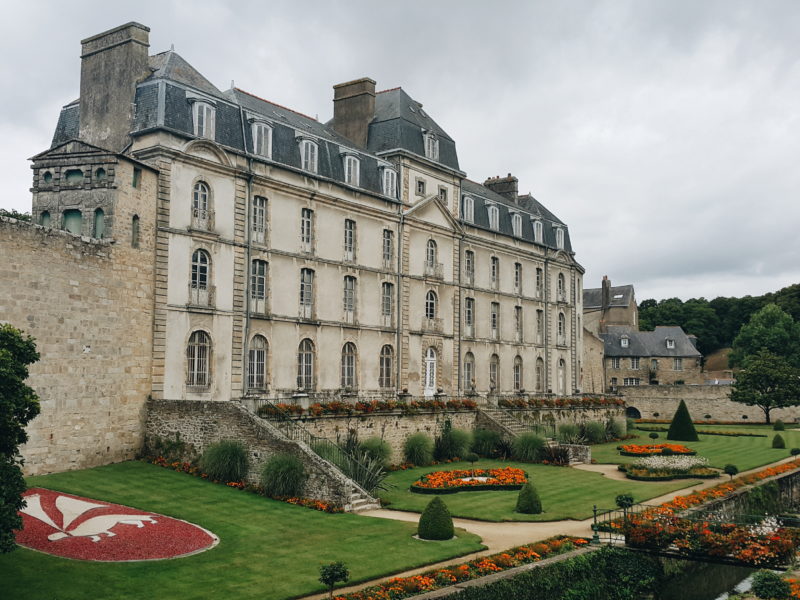 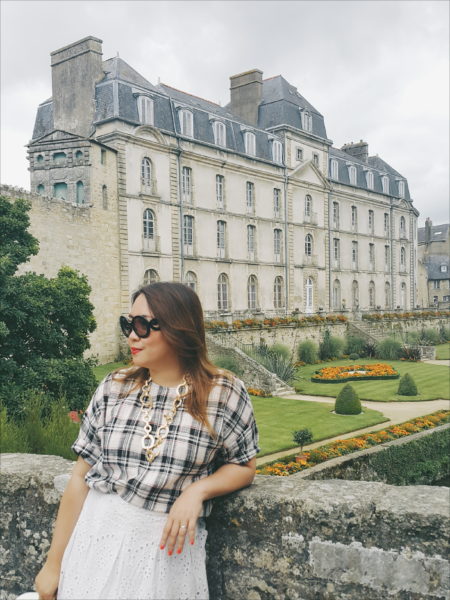 I hope you enjoyed walking around Vannes with me.  Cheers and au revoir!

« Seeking the Path Through Pathways