I’m back!! 🙂 I’ve been away again on holiday for the last several days and I’m so excited to tell you all about my trip. But before that, I have to do some backlog posts :-p
For the second installment to my tea series, one Sunday night in March, we went to the newest Bubble Tea Tokyo Milk Tea Place (or more popularly known simply as “Bubble Tea“) in the metro, which is the one located along Wilson Street in my city of San Juan. I’ve tried Bubble Tea in SM Megamall, in The Block at SM City North Edsa and along Tomas Morato Avenue and this one along Wilson is a welcome addition to the roster of foodie places in San Juan’s Wilson/ J. Abad Santos area (hmm, this gives me an idea to do a series on the foodie go-to places here). 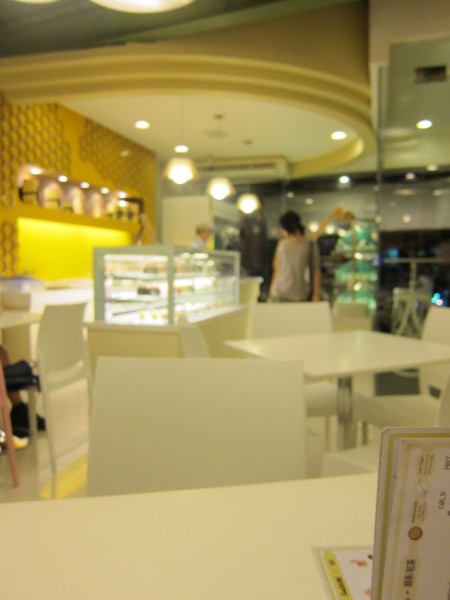 Another addition to this particular Bubble Tea branch is the Honey Bee bakery (which I’m guessing is a sister company). The cakes look yummy and I was told that their Raspberry Napoleon (pictured below) is a must-try. But since this is a tea series post, no, I didn’t try the cakes! 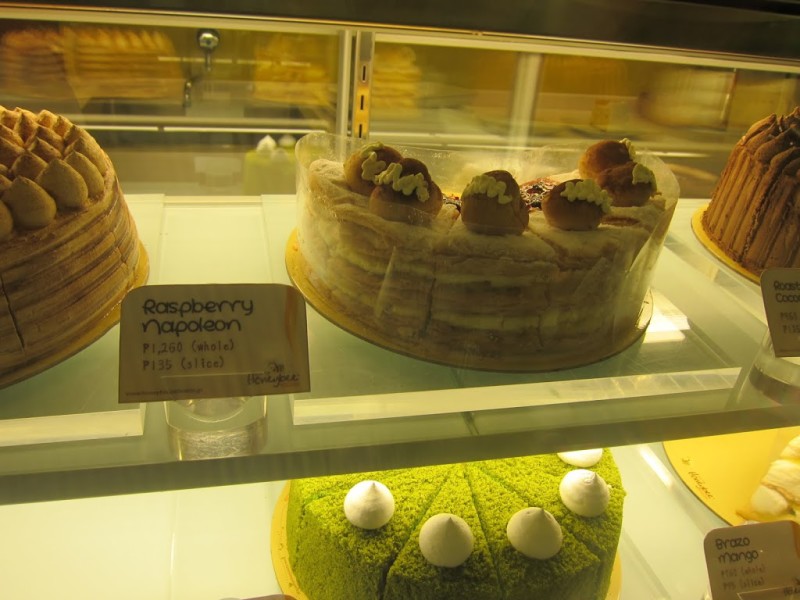 Now, on with the teas. For a change from the usual royal milk tea, I ordered a large Passion Fruit Tea Slush with combination bubbles and less sugar (P135). Refreshing, although I think I still love my royal milk tea 🙂 Also, upon taking our order, the server didn’t care enough to ask the size of the bubbles and my sugar preference. What’s the point of making those choices available in the menu if the servers aren’t trained to get the customer’s choice? I had to re-order my tea ;( 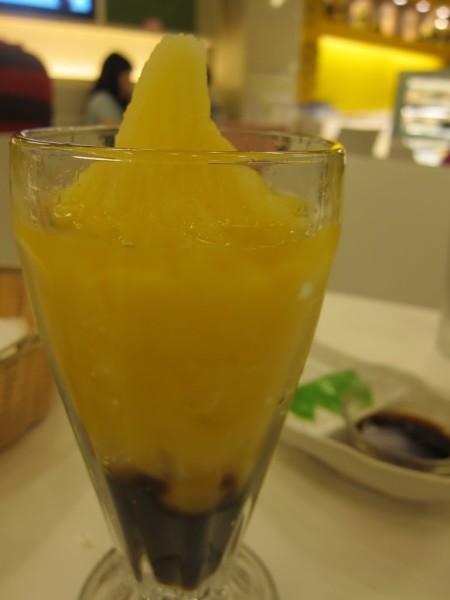 My companion got a Strawberry Milk Shake (P145) which he didn’t even finish. Being the tea connoisseur, that says a lot about that drink right there. Or maybe he just wasn’t in the mood. 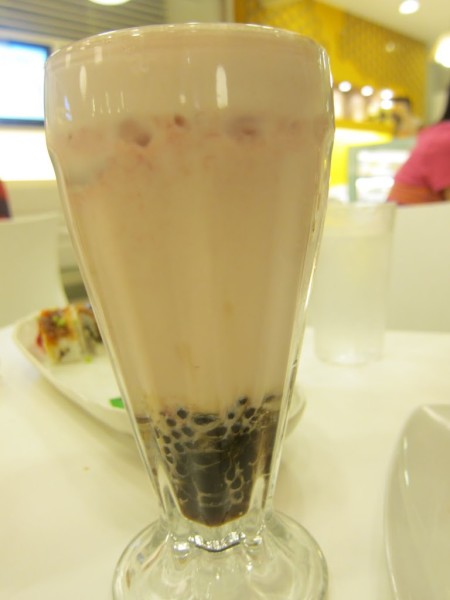 Aside from the teas, we also ordered some Dynamite rolls (P295) (unagi and spicy tuna with teriyaki sauce) and I had pork katsudon (P195) for dinner. Yes, because Bubble Tea is not just a tea place per se but a real, full-fledged restaurant with a wide assortment of meals and as I like to call it, “real food”. I will post the complete pictures of the menu on my Flickr account and link to the album here so that you’ll get an idea of the variety as well as the prices. 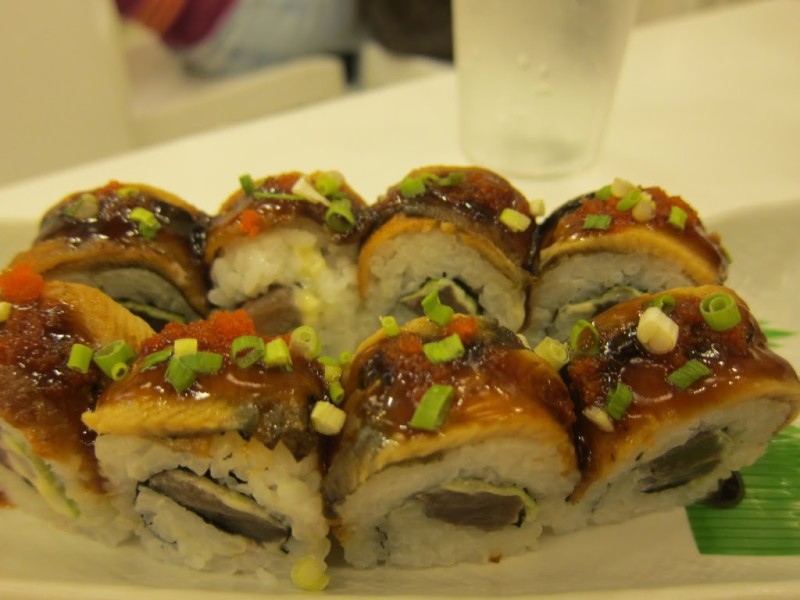 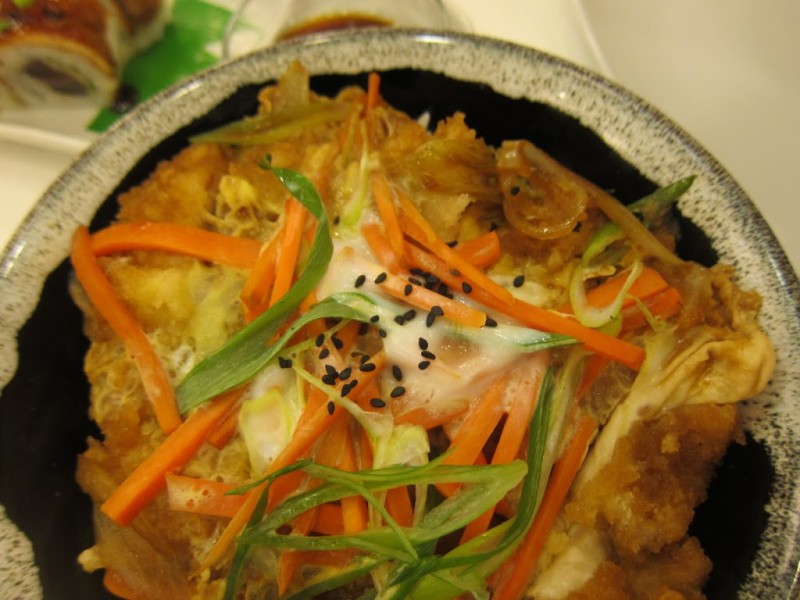 Pork Katsudon
I don’t recall the rolls being fresh. And I must say that the katsudon was just so-so.  Nothing spectacular. Despite Bubble Tea being a full-service restaurant, looking around us, almost everyone was just drinking tea and/or having dessert. It was only us and the diners in one other table eating dinner. So I guess in a tea place such as this, just get the tea and not the real food. 🙂 And maybe next time, I won’t go back on a Sunday night, when the place is filled with the after-Sunday dinner Greenhills crowd and thereby making the servers more frantic. If you live in or have been to the area, you know exactly what kind of customers I mean! hahaha 🙂 Cheers! 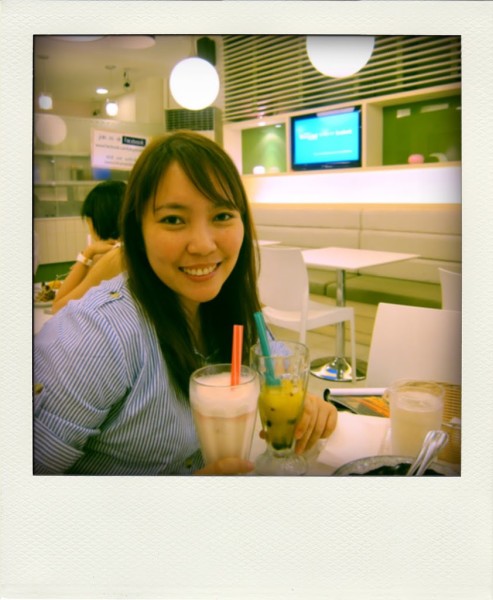