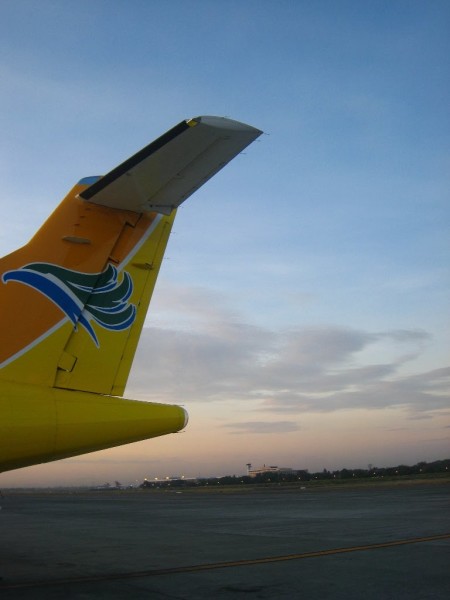 I have proclaimed many times over that if it’s all up to me, I hope to never fly on a Cebu Pacific flight ever again. Especially on a domestic flight.

In 2010 alone, I flew on Cebu Pacific (domestic) six times and twice again in February 2011. And I hope that will be my last. My reasons are many but ultimately, simple. And it’s time I share them here.

These are my top reasons why I don’t want to fly on Cebu Pathetic Pacific:

1. I don’t want Cebu Pacific to cancel and reroute my flight ever again.

In a span of less than a year, I had been rerouted by Cebu Pacific not just once and not just twice, but thrice. The first time was in August 2010 when I went home to Samar to be bridesmaid in a family friend’s wedding. I was supposed to fly in via Calbayog City on August 20 but a few weeks before my departure, they sent an SMS and informed me that my flight had been rerouted to Tacloban. They told me that the next available flight to Calbayog (CYP) was on August 25. That of course was not an option!
To give you a quick background on the geography and the implications of the rerouting, Calbayog is a city in the province of Samar while Tacloban is a city in Leyte, a totally different province. If my memory serves me right, the distance between Calbayog and Tacloban is about 100 kilometers. In practical terms, Calbayog is about an hour’s travel to my house in Pagsanghan (a municipality in Samar). On the other hand, it will take me three to four hours of travel from Tacloban to Pagsanghan. And more land travel time will naturally translate to higher costs. Not to mention the inconvenience.
Then the next set of re-routings was in February 2011, also on my flights to and from Calbayog. More than a month before my February 16, 2011 flight, I received email and SMS notifications that my flights to and from Calbayog had been canceled due to an “aircraft situation”. What the hell does that mean? When I asked, the customer service representative on the phone had no idea. TYPICAL. The next available flight to Calbayog was several days away from the original date. Of course, I had no choice but to fly in and out via Tacloban instead. I asked for a PAL ticket but I was told that’s not possible.
Because several members of my family were going home due to our town fiesta celebrations and the wedding of my cousin at the time, other members of my family were also victimized—my brother and my tita (aunt). My cousin and her husband were also rerouted on their CYP-MNL flight when they went home to Samar for their wedding preparations in November 2010. In other words, namumuro na talaga ang Cebu Pacific sa pamilya namin.
I sent an email to Cebu Pacific customer service (customerservice@cebupacific.com) detailing my experiences and my complaints. But I NEVER RECEIVED ANY REPLY. NO APOLOGY WHATSOEVER.
Those were the facts. Now here are my thoughts and rants:

“As you will see, while I paid P297.20 only for my flights because I availed of the promo fares, it is not in any way my fault that you will have to rebook me on your other flights. So you cannot justify to me that the higher rates on the rerouted flights are enough compensation for what you will put me through. What is the use of these promo fares then? If you cannot guarantee the stability of your flight schedules or the safety of your planes, then do not make it possible for consumers to book flights months prior to the scheduled flights.”

Actually for my August 2010 flight, I really ended up paying more. Because at the time that I booked my CYP flight, the fare for Tacloban was cheaper. Add that to the transportation expenses and the stress and inconvenience that I had to endure, well, I really did suffer actual and moral damages!I can stop this blog post here because I think my Reason #1 is REASON ENOUGH. But for good measure, here are my other reasons/rants:

2. I don’t ever want to experience the hassles of Cebu Pacific’s check-in and strict rules on baggage allowances again.

In May 2010, I was on a Cebu Pacific flight to Legazpi with work colleagues and bosses for an office workshop. When we were already checking in, we were told that we can’t pool in or combine our individual baggage allowance (15 kilos each) because we didn’t book as a group. One of us was bringing a super big luggage filled with all the alcohol and chips for the seminar and the weight was therefore way beyond her 15 kilo allowance. Our bookings were handled by our travel agent, who booked some of us individually and in groups of up to 2 or 3 only. However, the rule on not allowing the combination of our baggage allowance was not indicated anywhere in our itinerary receipt.

Since I was the one in charge of handling the flights, I told the check-in agent that we were not informed of this rule by our travel agent and asked the check-in agent to talk to his supervisor. And I also couldn’t help but drop the “L” word—as in L for lawyers. I told him that he simply shouldn’t make this difficult for all of us since he was going to be arguing against their 15 passengers who all happen to be lawyers (one of whom is our name partner and is known to be very, very demanding when it comes to his consumer rights). The check-in agent talked to his supervisor and we were not charged for excess baggage, just like that. But I’m thinking it was because we were a big group. And because of the L word.

Cebu Pacific has also been implementing a common check-in counter system. My experience of this system during my recent flight in February meant that I had to wait longer before I could check in:

There were ground crew who would shout out the destinations whose check-in counter were about to close. Then they would make the passengers cut the line to check in. I don’t find this efficient. And those who were early for their flights are in effect, punished for being early. And what if you don’t hear the ground crew shouting your destination? (Don’t wear your ipods people!)

My other bad experiences with Cebu Pacific’s check-in/baggage procedures include having my carry on luggage being rejected despite complying with measurements and having myself weighed (cargo??).

What did all of this teach me? Well, I learned that just because it’s cheaper doesn’t necessarily mean that you will get a better deal. Sometimes, you will end up paying more than if you had paid full price. I may have scored so many Cebu Pacific promo fares but I eventually ended up paying more for my other transportation expenses due to the rerouting of my flights. You could have saved on your original fare but Cebu Pacific is known to bleed their passengers dry through rebooking fees and excess baggage fees.
I know that Cebu Pacific is a budget airline and it even prides itself on its low prices so that “every Juan” can fly. However, that shouldn’t be an excuse for UNRELIABLE service and bad customer relations. And I have learned that with Cebu Pacific, convenience will come at a price. Stress is a fixture in my job. And I refuse to add any more stress to my life just to save on airfare.

On the rerouting of the flights, I have already examined Cebu Pacific’s General Terms and Conditions of Carriage of Passengers and Baggage. It contains the following stipulation: “The Airline may change at any time and from time to time the regular schedule of any flight or postpone a flight to any day other than the scheduled day.” That may be their loophole right there but as a lawyer, I’m trained to look beyond that stipulation and I know I have several causes of action against them for the damages caused me. And the question remains, how come this only happens to me when I fly Cebu Pacific?

But beyond the legal implications, I choose instead to engage this situation as a consumer and through the blogging platform. As a consumer, I know there is a better way to deal with this. The most important lesson I have learned from this is realizing that I HAVE A CHOICE. And I will exercise that ultimate power by simply not going on any more Cebu Pacific flights*. They can’t have any more of my money, even if it’s as small as P1.00. Or P297.20. And more so if it’s more than that. 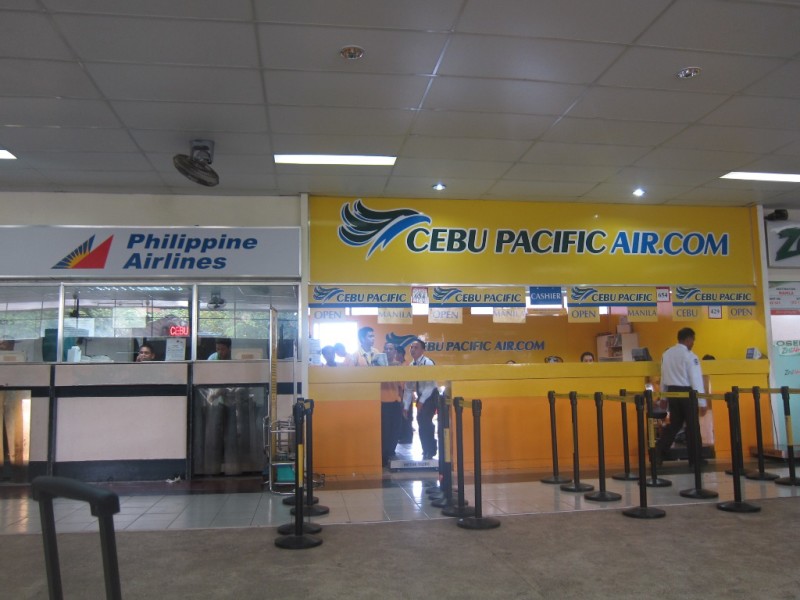 We have a choice!


As a consumer, what can I do? Fly PAL, Airphil Express, SEA Air, or Zest Air on domestic flights instead. I will schedule my trips to Samar around the schedules of other airlines flying to Calbayog if I have to just so that I won’t rerouted again! Or if I have no choice but to fly in via Tacloban, then I’ll do it only on PAL, by choice and not on Cebu Pacific by compulsion. 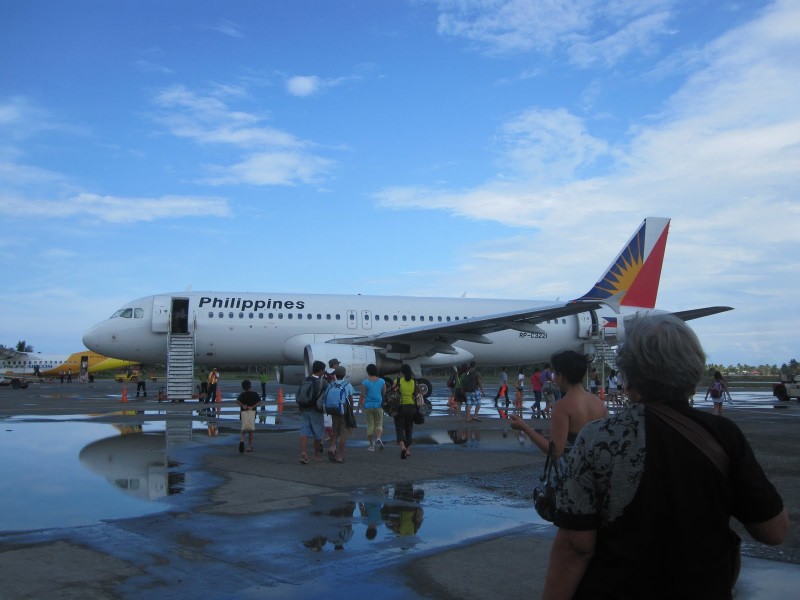 So yes, I will pray that the labor disputes of PAL will be resolved soon. Because we travelers need PAL and need the industry to be competitive. Because we need a choice, a choice other than Cebu Pacific! And I will tell you a secret right here. I used to think that PAL was so much more expensive but I was pleasantly surprised with their Econolight fares—budget fares without the budget feel, without the budget service, without the budget passengers!

My last flight on PAL was to and from a domestic destination on Econolight for only about P2,500.00. No hiccup except for a flight delay. On my PAL flight before that, I flew to Kalibo on business class. We were treated to the Mabuhay Lounge, super roomy seats, in-flight meals, and the priority baggage carousel. Without any flight attendant hawking instant noodles and souvenir items. And we got all of that business class luxury for FREE because of my companion’s Mabuhay Miles. Now that certainly beats Cebu Pacific’s Piso Fares. 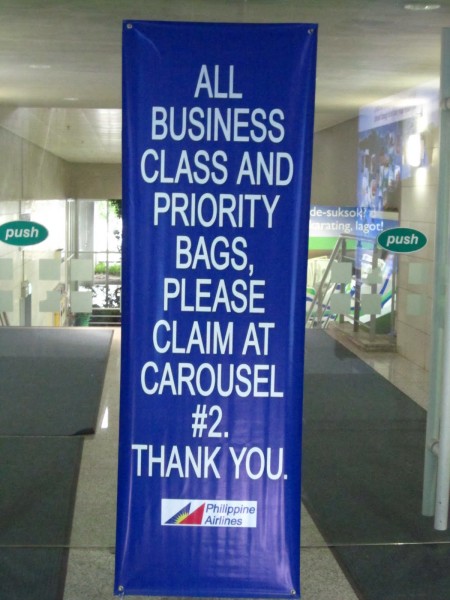 Plus, the flight attendants are prettier/cuter, with classier clothes than the Cebu Pacific FAs! Don’t you think?
I have flown on an international flight with Cebu Pathetic only once (the horror story on that flight deserves another post). The rest were with PAL. And I hope that statistic doesn’t change, except if I fly other international airlines 🙂 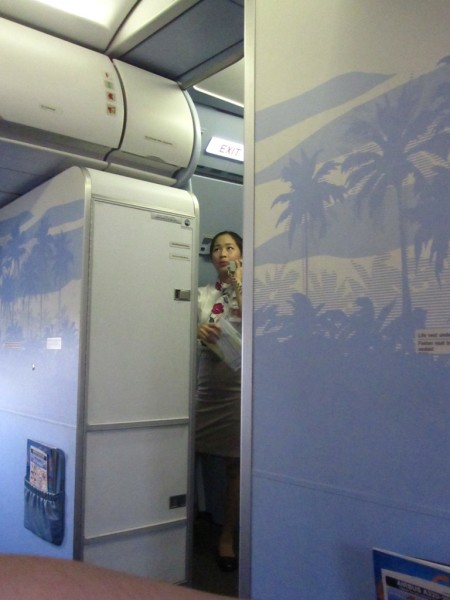 I want to know if you agree with me on my stand. And if you have horror stories, share them too! Let me know what you think. Leave a comment. Or email me at sunsetgoddessmanila@yahoo.com.

Wishing all of us more travels!

*Applies most definitely to domestic flights. For international flights, I will re-evaluate!
Disclaimer: The writer does not make any representations as to accuracy, completeness, timeliness, suitability or validity of any information presented in this post and will not be liable for any errors, omissions, or delays in the information herein, or any losses, injuries or damages arising from its use.

« Fashion Friday: The Many Lives of the Tie Neck Blouse
Packing for a Beach & Country Getaway »