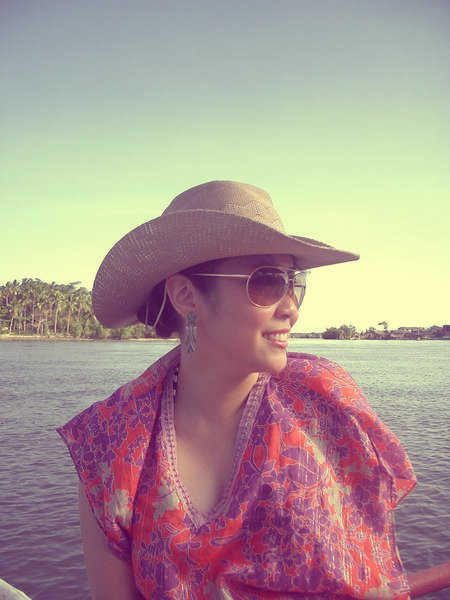 I went home to Samar in May when my mom ran for vice mayor in our town of Pagsanghan. (She won, thankfully).  Just a few days after the election, I badly wanted to unwind & relax after all the stress from the previous days.  Our original plan was for us to go to San Antonio, a town in Northern Samar, which was increasingly becoming popular by word of mouth.  However, due to misdelivery of ballots in one of our barangays, a special election still had to be held in Brgy. Buenos Aires—which meant that my mom was not up for some R & R in San Antonio because she had things to attend to in the political front even when at that point, she already had a very good margin and it was improbable that her opponent would have caught up to her.

But I had to have my fill of SUMMER. I will not let this change of plans ruin the season of fun and sand and sea and sun. I had to go out to sea, even just in the nearby places. So the afternoon before I was set to go back to Manila, I hired a boat and brought one of our tindera, Geraldine, with me. I will set out to the sea ( or Gandara River to be exact) and I will EXPLORE…
First we went to a nearby place Canmarga, a popular swimming spot with the locals, which was less than 10 minutes away from Pagsanghan. It was nice enough but I thought it wasn’t enough to assuage me for the loss of San Antonio (it turned out San Antonio will be just around the corner—in August!) 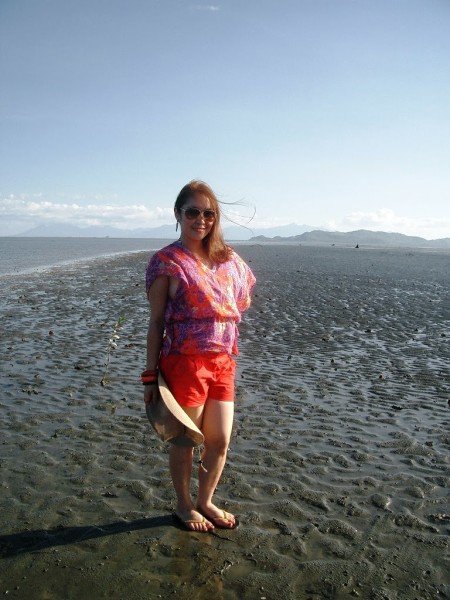 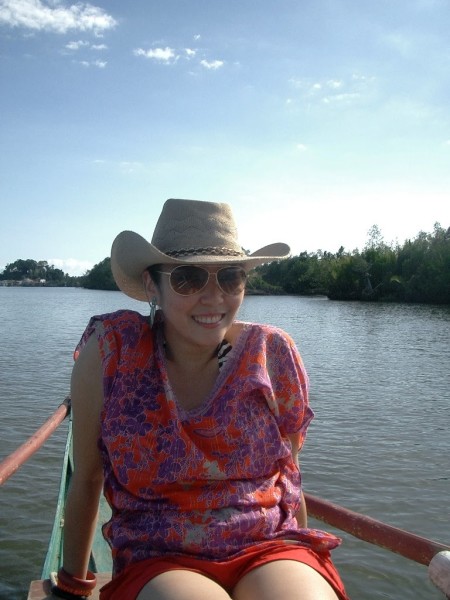 Relishing the feeling of freedom (from routine & the office & the city)

Standing on the prow of the boat —and trying not to fall off 🙂
So I decided that we will go to Caprangasan, where I had always wanted to explore ever since I was a kid. But back then, I just couldn’t go out gallivanting by myself because my mom could be strict—now, ahhh, the freedom of being an adult 🙂 There’s an area in Barangay Caprangasan in the neighboring town of Gandara, where, at low tide, one can actually walk the distance between Caprangasan and Napalisan, an island on the way to Calbayog City. And best of all, I knew that the sunset there will be amazing. So we stopped over first at Pagsanghan to get more gas for the boat –and a chance for me to get a change of clothes 🙂
On the way to Caprangasan 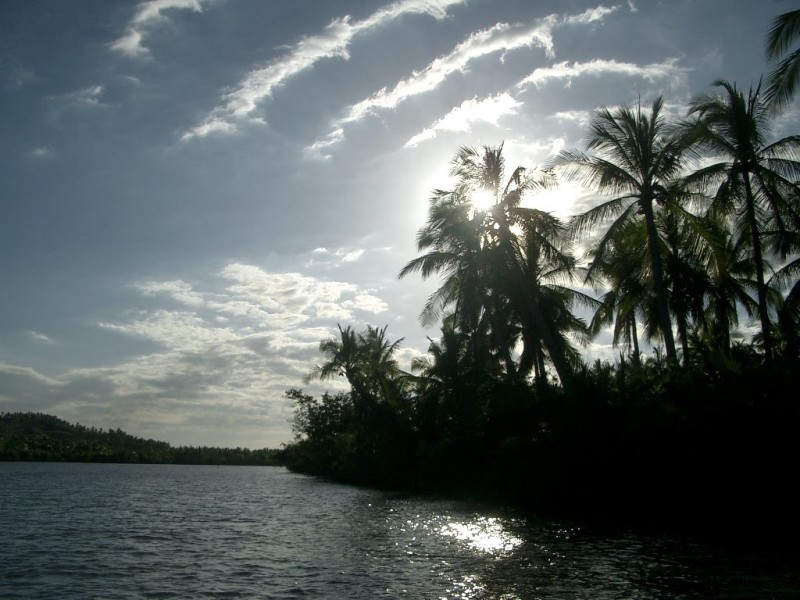 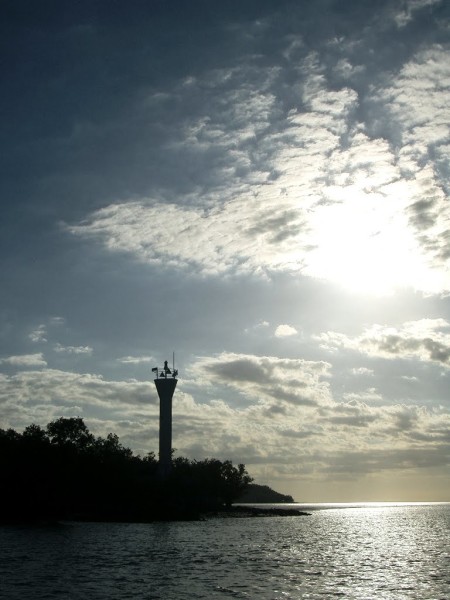 And when we got to the “sandbar” area, my goodness, it was such a wonderful revelation. One of the best places to catch the golden hour of late afternoon. And the sunset of course. The soil was not really sand but very soft mud, which was not the icky kind but was actually very fine and mushy so I didn’t mind at all. I brought along two cameras with me—a Casio 3.1 megapixel and a Polaroid 5 mp, which proved to be substantial substitutes to my Canon Ixus which was then at the service center. I have a new Canon point & shoot now but these pictures remind me that I don’t need a camera with a high megapixel count to get great shots. 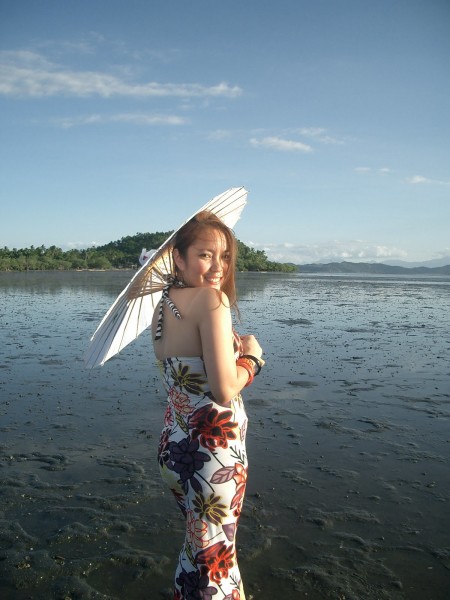 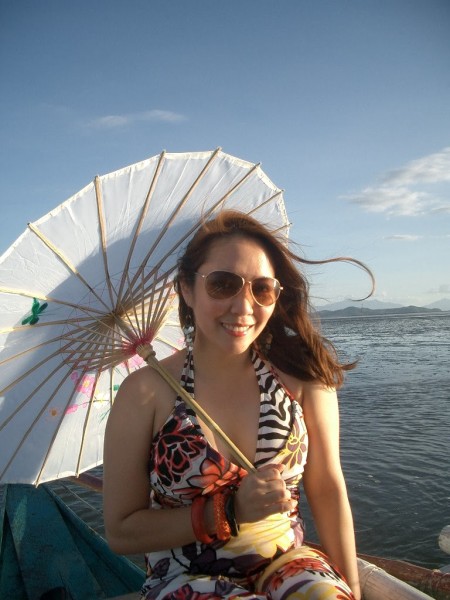 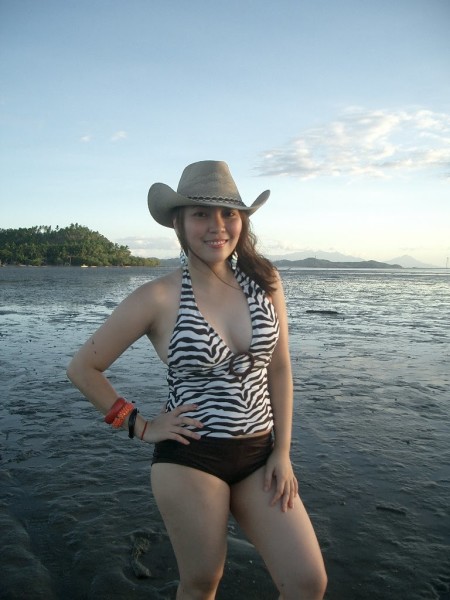 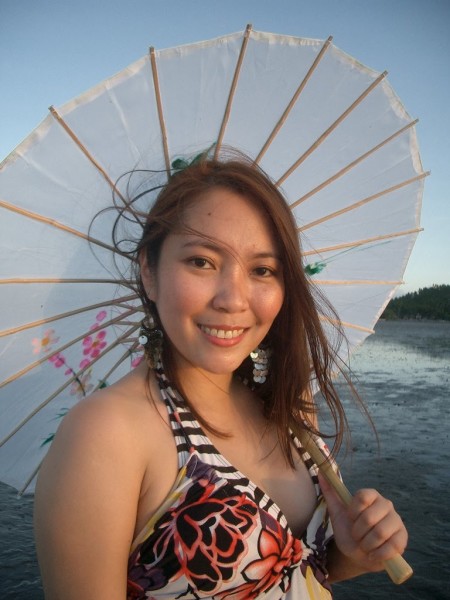 The beautiful light of golden hour 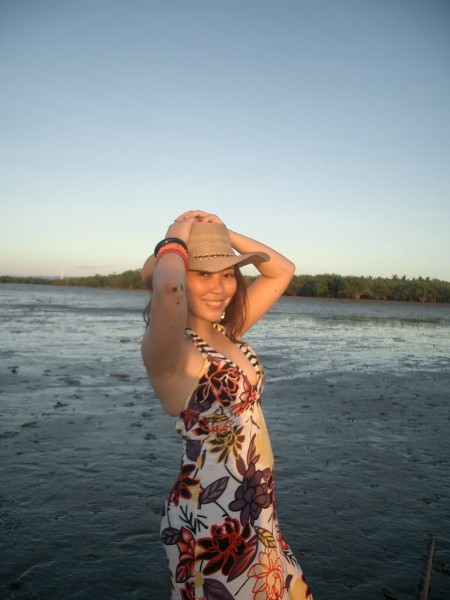 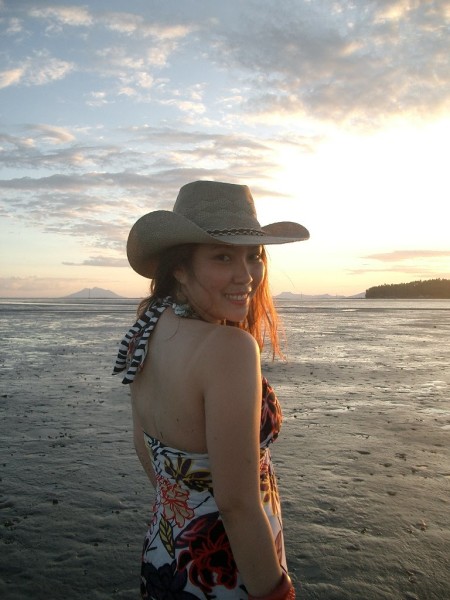 My dad even made it to sunset 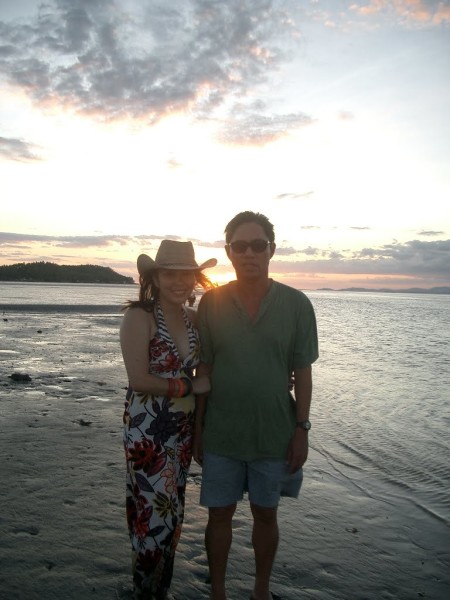 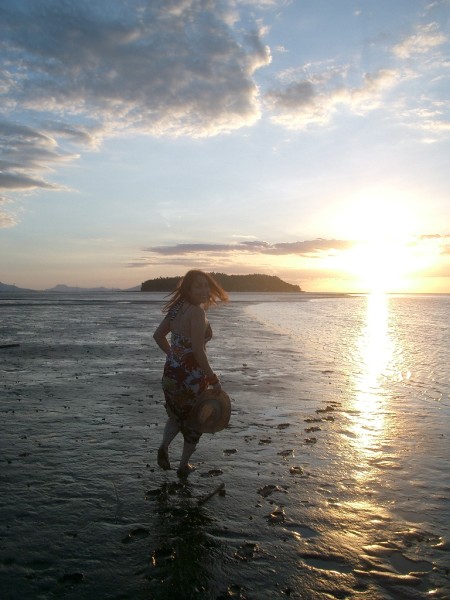 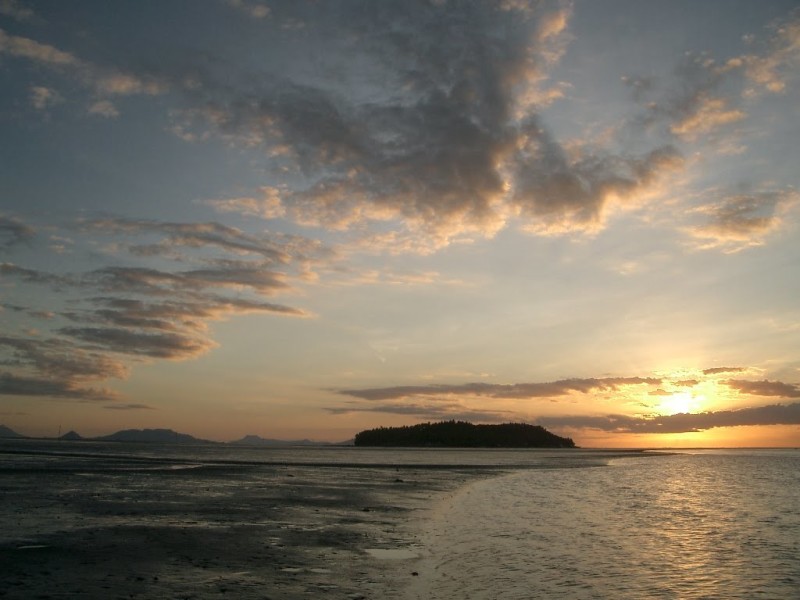 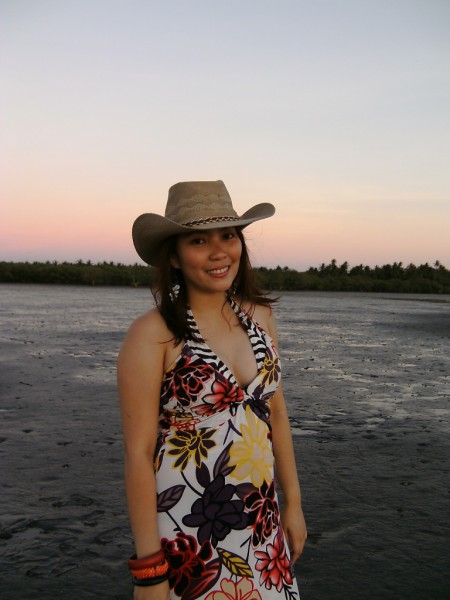 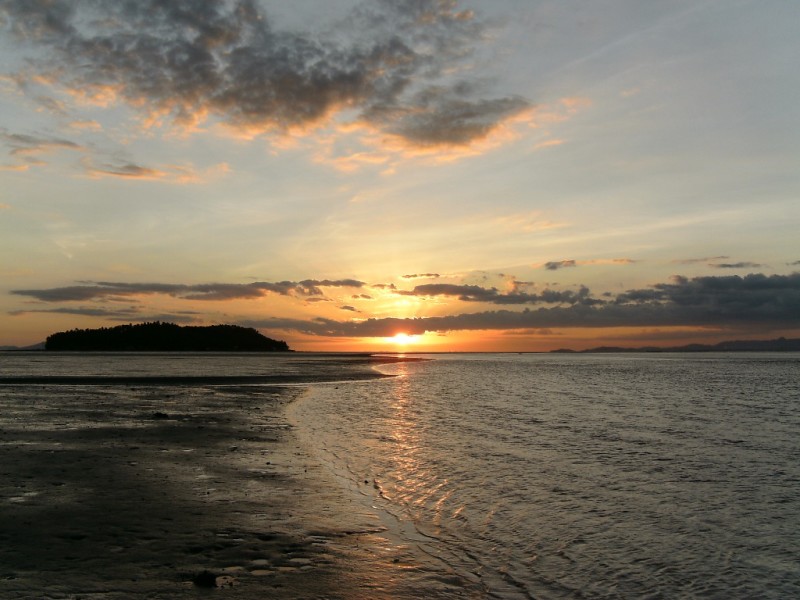 10 minutes away from my house and this was there all along…
Lesson learned: Serendipity is the best travel guide. 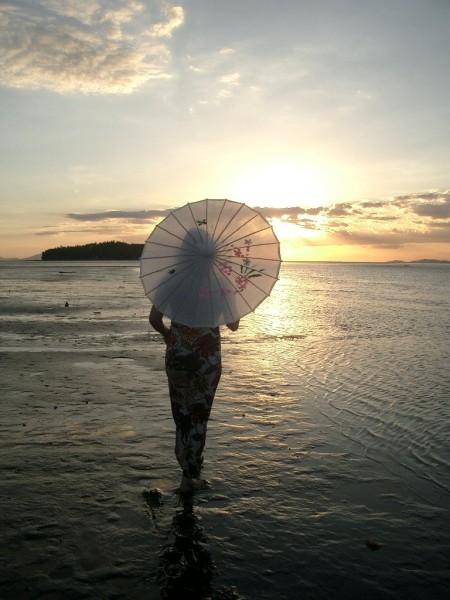