For our second night in Macau, we had dinner in the famed Restaurante Litoral, which specializes in Macanese cuisine. Macanese cuisine is a “descendant” of Portuguese cuisine. Centuries ago, the Portuguese settled into Macau, then a little peninsula of fishing villages, bringing along with them their food, and along the way, marrying their cuisine with that of the local Chinese in the area. Supposedly, the unique dishes of Macanese cuisine resulted from the spice blends that the wives of the Portuguese sailors used in their attempt to replicate European dishes. Over time, the fusion of Chinese and Portuguese cuisines, along with seasonings and influences from Southeast Asia and Portuguese colonies all over the world, gave birth to what is now known as Macanese cuisine.
Restaurante Litoral is housed in a two-story building located along a very quiet street. We were served in their upstairs dining, which was decorated like an old ancestral house with lots of dark wood, making it very cozy and intimate.

Not surprisingly, most (if not all) of the staff were Filipino, which made it quite easy for us to order and ask about what’s good to eat. I did my research and learned that Litoral has one of the best Galinha Africana or “African Chicken” (HK$180), a must-try Macanese dish. I really really loved this dish. It’s somewhat similar to our Filipino adobo and afritada, although it has a very thick sauce. And although the taste was very “familiar”, the flavors and spices were very different from our own local dishes. I guess the similarity is because of our own Spanish colonial heritage, which is quite close to the Portuguese. Anyway, do not go to Macau without getting a taste of African Chicken because it’s really good. 🙂

We also ordered the Bacalhau a Lagareiro (HK$180), grilled cod fish with potatoes and garlic. This is also one of the famous Portuguese dishes. However, we did it find it too salty for our taste and we couldn’t finish it. We told our Filipina waiter that we found it too salty, and she even had it taken off our bill. However, up to now, I don’t know if it’s really supposed to be that salty and we’re just not used to eating such a dish or they really were at fault for adding in too much salt. We heard that Litoral also has good curry crab but we didn’t order it since I’m allergic. We also loved Litoral’s serradura (HK$35), a biscuit mousse which is a popular Macanese dessert. After dinner, we then went to explore Macau on foot. Macau at night is definitely not as bustling as Hong Kong, which I guess is because all the action in nighttime Macau is in the casinos, where we also spent time losing and winning money :). Unfortunately, taking pictures inside the casinos is not allowed. We did go to the Grand Emperor Hotel, a three star hotel and is conveniently located in the Macau peninsula. I would recommend this hotel if you want to stay in the peninsula but your budget doesn’t permit you to stay at the Wynn or MGM and you don’t want to stay in the Cotai strip hotels like the Venetian. 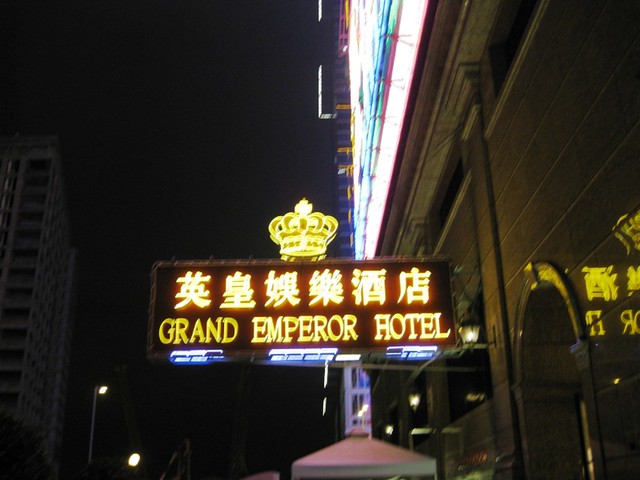 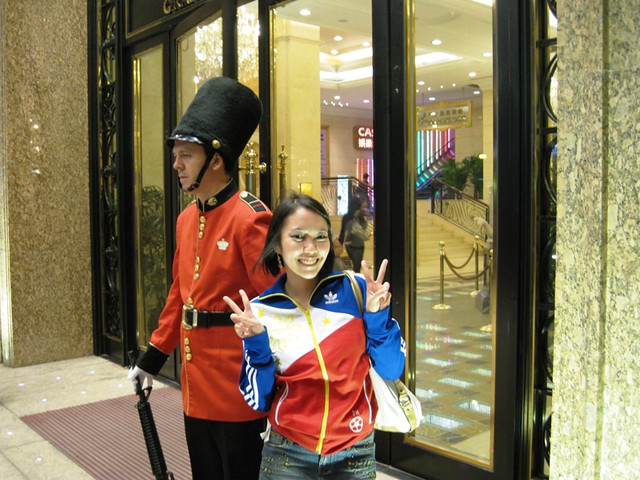 Afterwards, we went back to the Venetian Macao and decided to enjoy the sights of our hotel, without the tourist and daytripper crowd. Posting some photos here of the more memorable shops as well. Going around the Venetian Shoppes (even though they were already closed!) 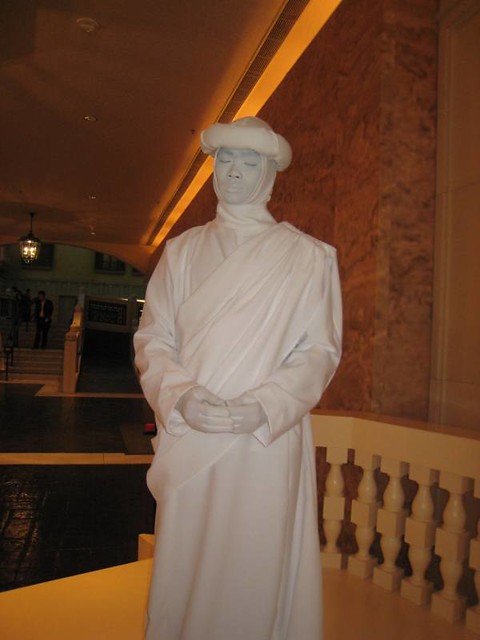 I am so glad I bought this Adidas Philippine flag jacket for the trip (limited edition and is no longer produced today because of threatened lawsuit from the government for illegal use of flag representation). Instant recognition from fellow Filipinos working in Macau. And that means, super great service! 🙂 My Roman Holiday lion moment! Or in this case, Venetian 🙂