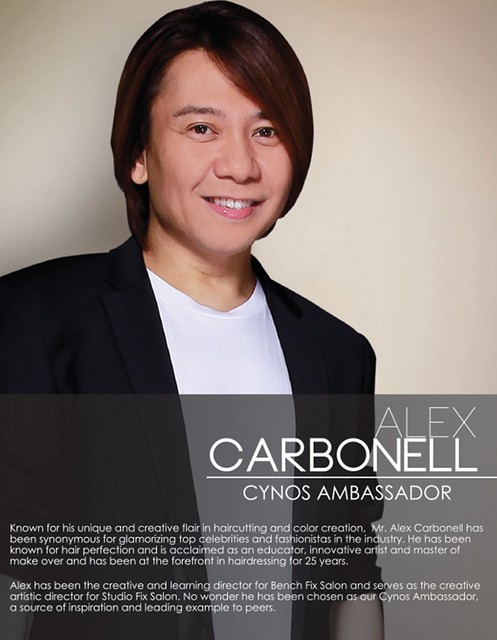 In May, I made the visit to Studio Fix in Greenbelt 5 for my usual cut and color services courtesy of Alex Carbonell,  and I was surprised to learn about an exciting brand for hair color and treatments which partnered with Alex as its brand ambassador. It’s called CYNOS, a brand that was born in Korea and  is now a company with its home base in Canada. Today, in partnership with Alex, it’s a brand making its mark in the Philippine salon industry.

First, let me tell you about the fantastic hair color service which I received from Alex, using Cynos hair color products. I started out 2014 with this “new year, new look” cut, at the able hands of Alex of course. 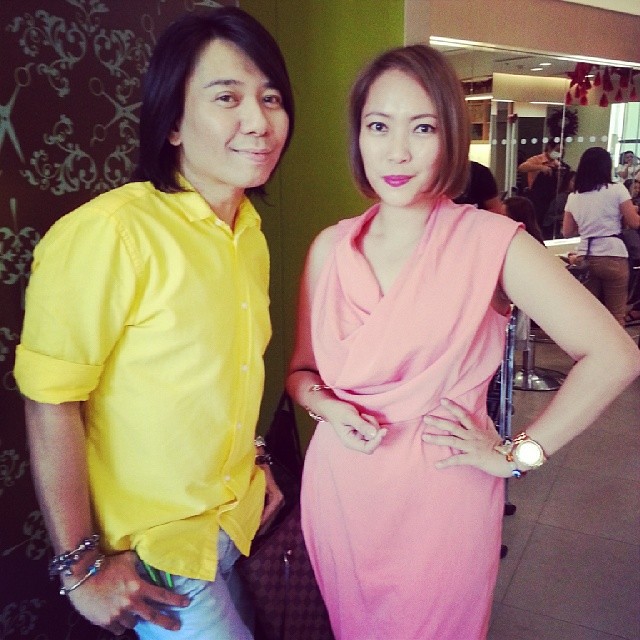 Fast forward five months later and this was the length and condition of my hair, with the icky roots and all:

At this time, I had two main hair concerns. First, I wanted to update the color of my hair for an upcoming trip to Europe in June. I wanted lighter, ash hair that will go well with a tan and truthfully, to make me look less “Oriental”. Second, I had a medical condition for which I was undergoing treatment (thankfully, succesful!). That condition at first resulted in some hair loss but because I was already getting better and getting treated for it, the unfortunate result was that I had unruly baby hair growing all over the place and which caused my hair to be buhaghag and out of shape (but of course, it’s still something I was thankful for!).

First, I  got a cut and color and highlight treatment from Alex at his Greenbelt 5 salon.  I always request Elly to assist in coloring, as I’ve already established a rapport with him as well. 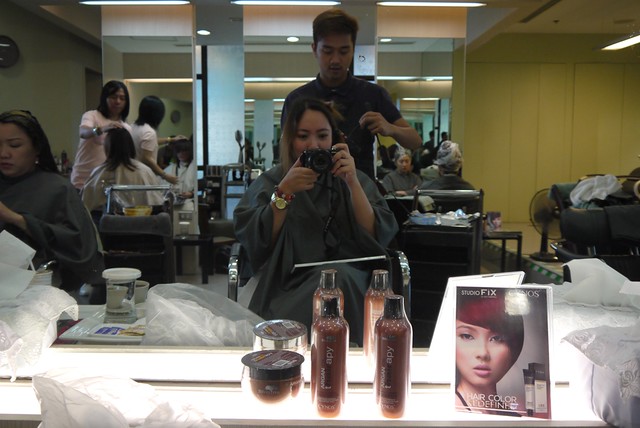 As always, the service starts with a consultation with Alex on what look I’m going for, then he concocts a blend of colors to achieve my desired look. So many times, readers have asked me the exact shade or number of my hair color and the answer is, there is no exact color as Alex blends different colors together depending on the client’s skin tone and desired hair color.  I guess, that’s what you would call color artistry.

And while he will give you suggestions and show the trendy pegs from magazines, at the end of the day, it’s all about what you the client wants. And that’s what I appreciate most about Alex (and the rest of his staff for that matter)—they’re never pushy and in-your-face on which services to get (a far cry from my recent experience in another salon! But that’s another story). It’s not about how much you spend in his salon, but whether you’re happy when you walk out of it, and not feel like you’ve been the victim of a hold-up! 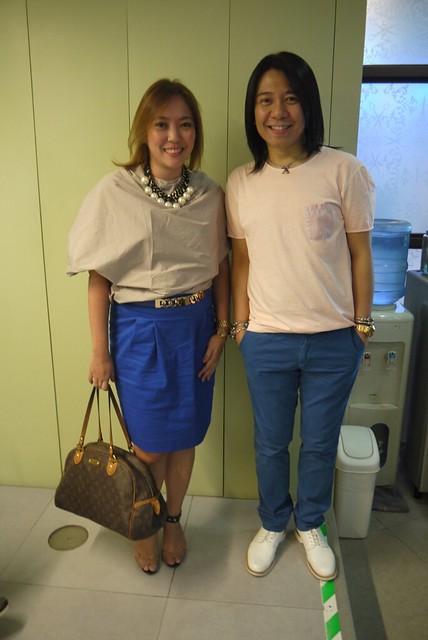 Here you will see my new hair color and highlights courtesy of Studio Fix, which was exactly what I had in mind when I came to Alex. (Sorry for all the car selfies but it appears it’s my only sane time in the mornings!) 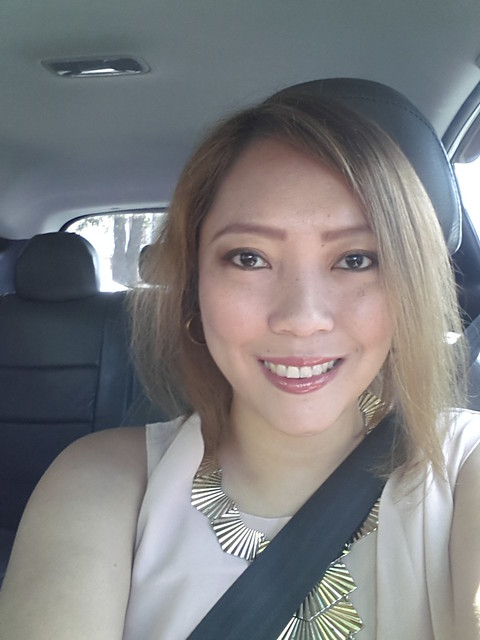 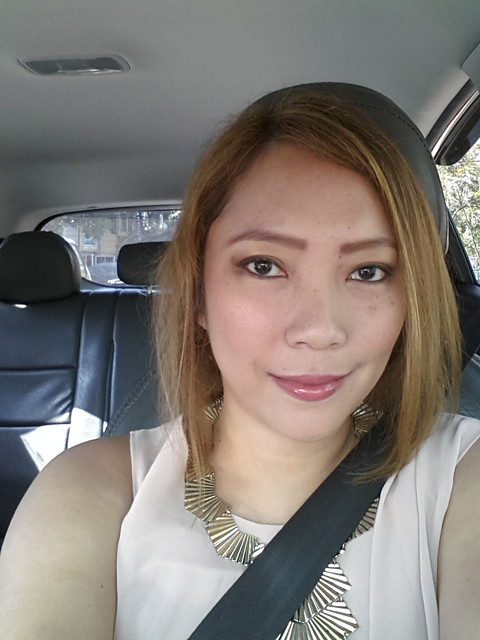 But, while I love the color, I was still not satisfied with the parts of my hair (look at the side!) that were frizzy, buhaghag and unmanageable, as you can see from the photos above and below. I largely blame the aforementioned growing baby hair for it. 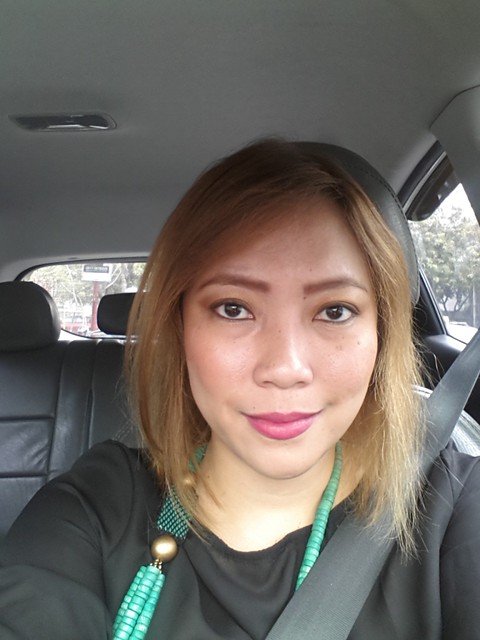 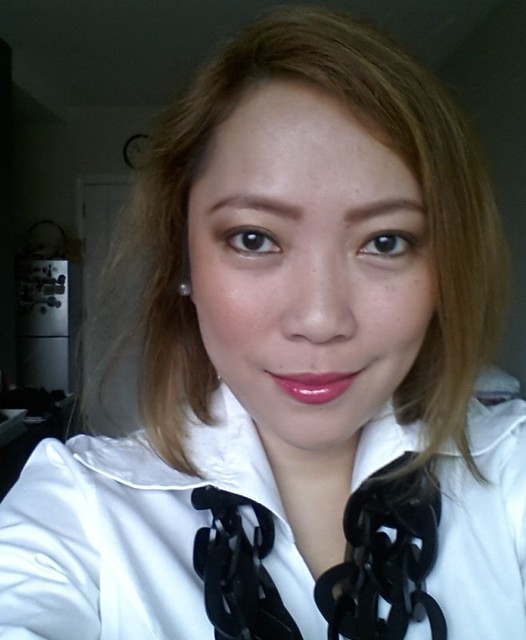 So, I was so thankful that Alex invited me the following week to an exclusive event hosted by Cynos at the newest branch of Studio Fix in Century City Mall. This was where my buhaghag hair problem was answered by Alex and Cynos through a hair treatment that I’m excited to share with you.

But first, a quick look at Studio Fix’s Century City Mall branch. Compared to the Greenbelt 5 branch, it was smaller. But what it lacked in space, it more than made up for with the cozy atmosphere and well-designed interiors. 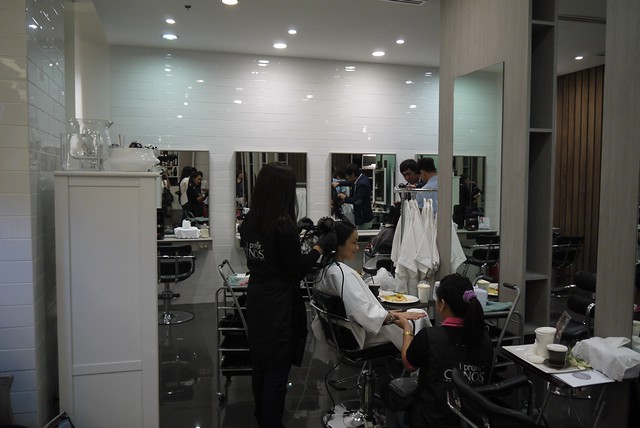 For that day’s Cynos event, I was so honored to be invited for an afternoon of hair and salon pampering as the “blogger” along with Alex’s print media clients Agoo Bengzon (Preview/ Summit Publishing)  and Nina Estacio Tan (formerly from Philippine Tatler), and Anna Puno, a fab mom.
The treatment Alex recommended to address my baby hair buhaghag issues was the Kerasilk keratin treatment, exclusively from Cynos and available in all Studio Fix branches. It’s a permanent blow dry treatment that lessens kinky and frizzy hair textures, leaving hair straight, healthy and shiny.  It is not a hair relaxer, but a reconditioning treatment made of rich keratin that’s sealed into the hair. It is not harsh to hair like rebonding (and no yucky medicinal smell at any time during and after the treatment either!) 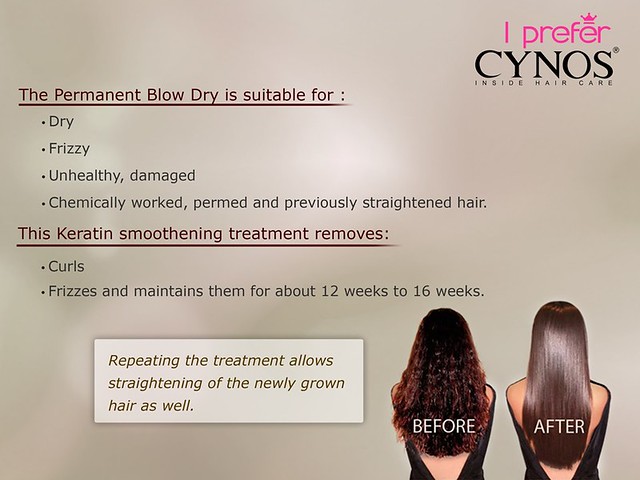 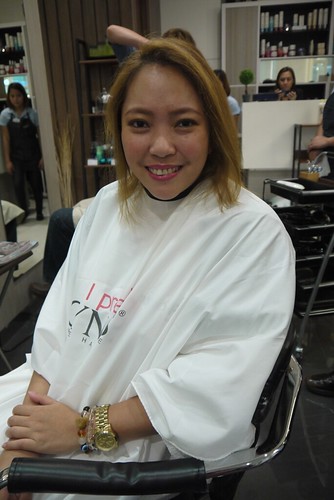 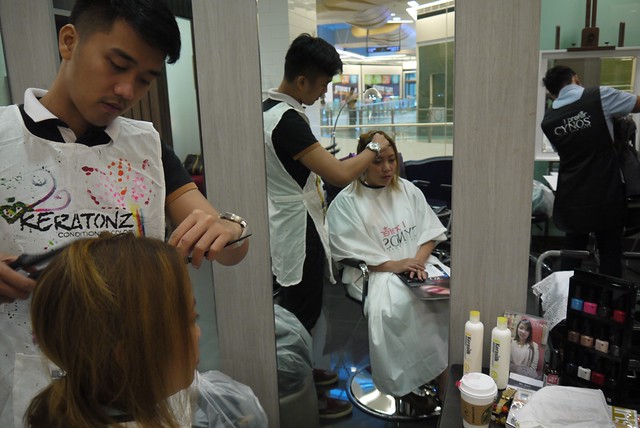 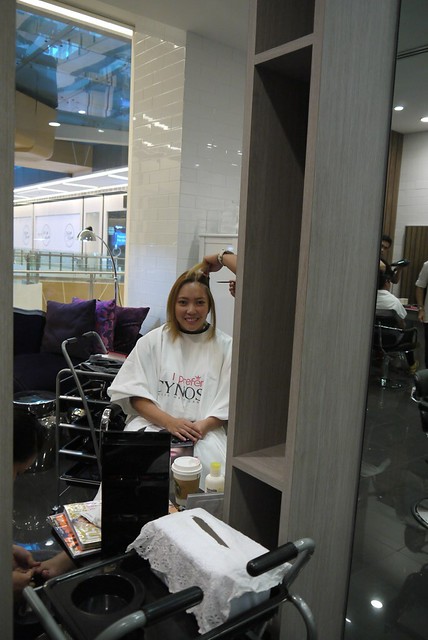 Before that day, the only time I’ve ever done a straightening/keratin treatment was back in 2013 (also with Studio Fix) when I wanted to get rid of the remaining brittle curls from my digi perm. Back then, I had to wait hours for the treatment to take effect, and I was told not to wash my hair for several days for the treatment’s “straightening” to take effect. This time, with the Kerasilk treatment, my hair was washed after just 20 minutes and I was told that I can shower as per usual.

And immediately, I could see the results. Alex and his team gauged how long the treatment was supposed to stay in my hair. Since my hair already had a fine texture and my only issue was thebuhaghag texture especially at the roots due to the growth of baby hair, it didn’t take a long time for the Kerasilk treatment to take effect. 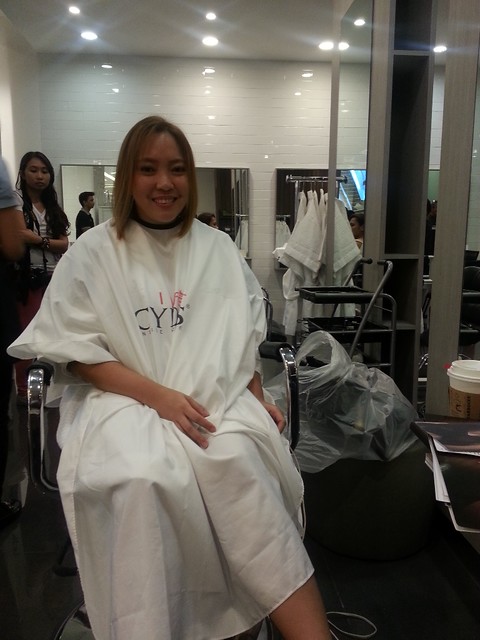 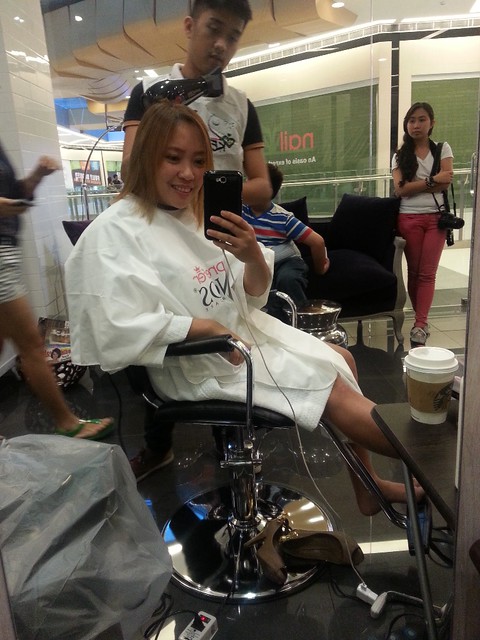 For me, this just goes to show how effective the treatment was, since I could see (and feel) the results on my hair immediately, even if the Kerasilk stayed on my hair for just 20 minutes.While we wanted to battle the buhaghag effect of my baby hair, Alex also had to guard against making my hair fall flat. That’s why the treatment stayed on for only 20 minutes. It may take longer or shorter depending on the texture of your hair and your needs.

Here’s my after shot with Alex: 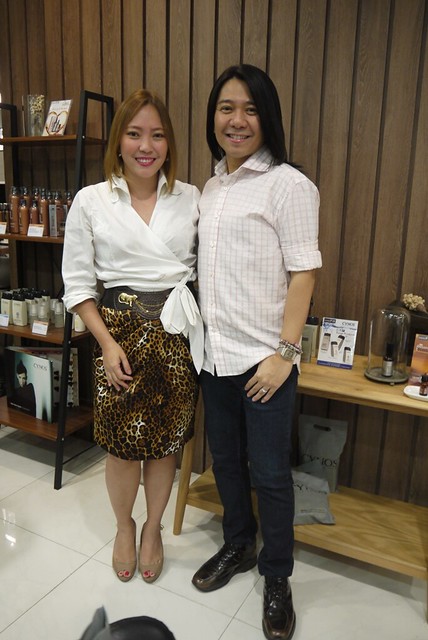 It is best to use Cynos’ Kerasilk Daily Shampoo and Conditioner duo to help maintain the longevity of the keratin treatment. 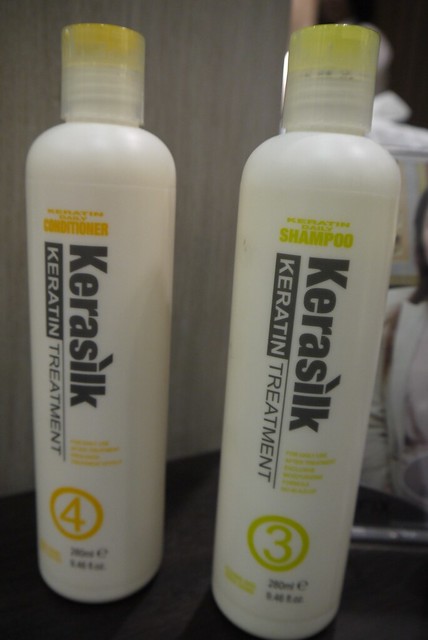 This other Cynos product is one I swear by, the Argan Oil Thairapy Ultra Hydrating Mask, also available in Studio Fix. It is the best Moroccan argan oil hair treatment mask I have ever tried. It’s like you’re getting a hair treatment every time you use it (just like a conditioner) and at P870 per jar, it’s quite cheap compared to Kerastase’s at-home treatments (at around P2500 or more). I use it more than once a week to maintain the smooth texture of my hair from the keratin treatment. 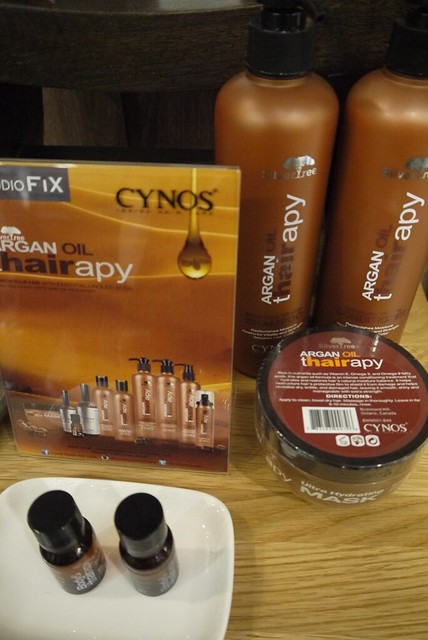 As I’ve done in previous posts, let me also share with you how my hair turned out after I stepped out of the salon. The test of how effective a salon treatment is!
Right after the Kerasilk treatment, I was afraid my hair was going to be too flat.  But after one or two washings, the volume was perfect and yet the texture was still very smooth. No more baby hairbuhaghag for me! And goodbye to bad hair days! 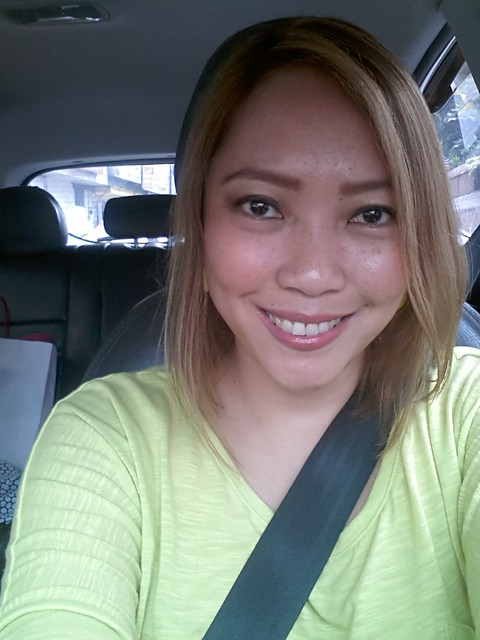 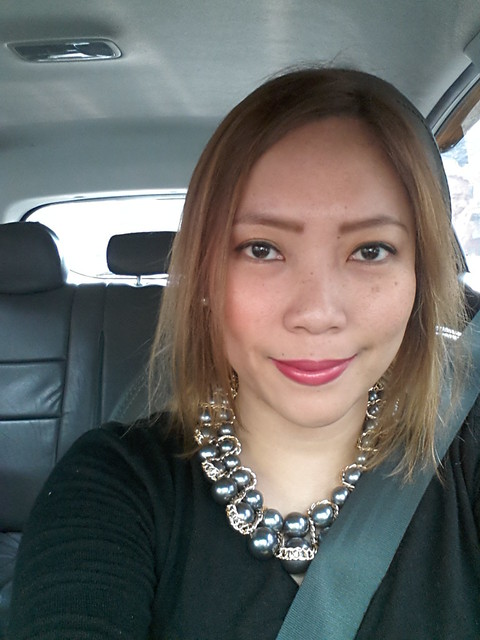 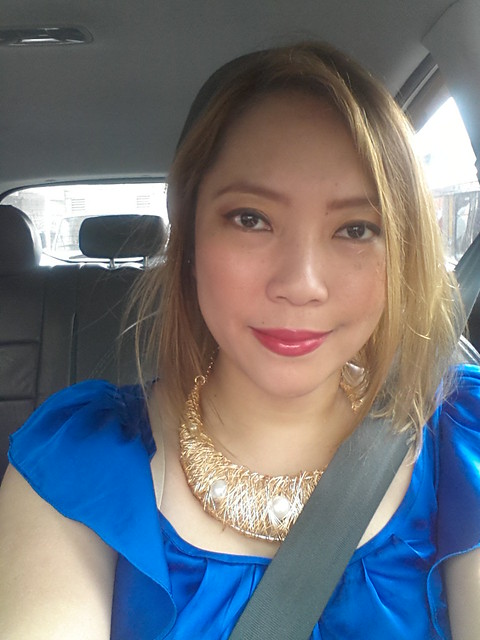 Look at how my hair looked even after a 15-hour direct flight to London: 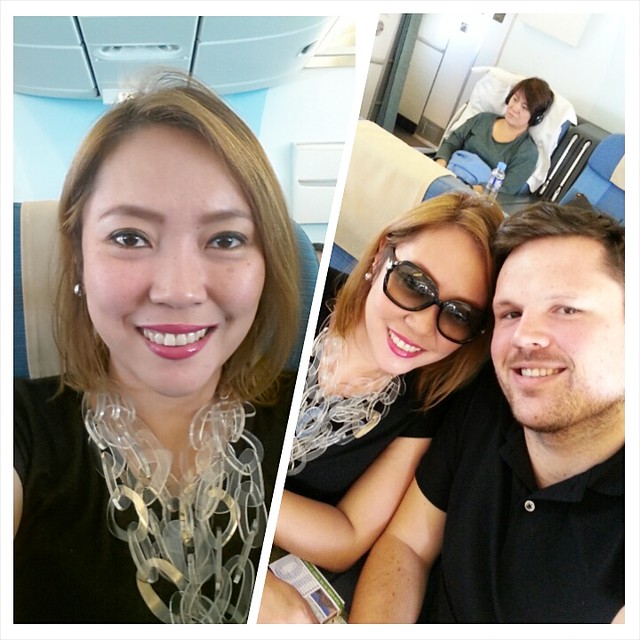 And also sharing here some photos from my Europe trip, where I experienced the convenience of not having to worry about my hair—super important to make the most out of my time traveling and sightseeing instead of spending time to blowdry my hair every morning while abroad! As you can see, I could tie my hair up in a ponytail without affecting the texture. For me, the Kerasilk keratin treatment gave me the perfect balance between having volume and getting that nice, smooth texture to my hair. 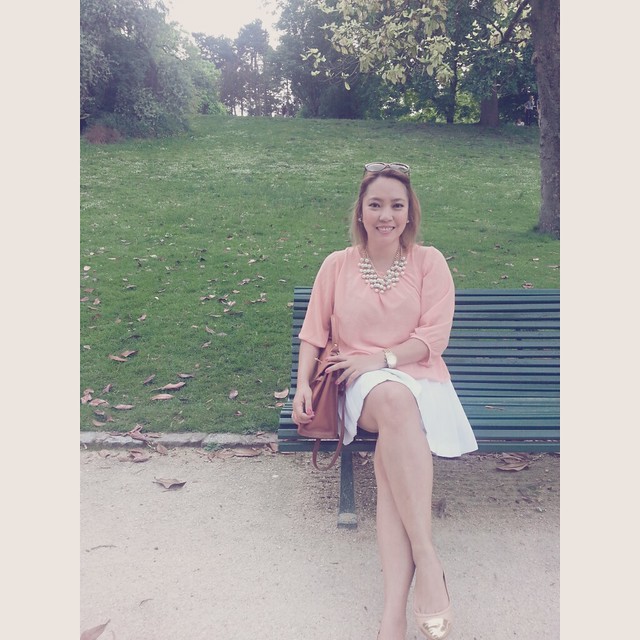 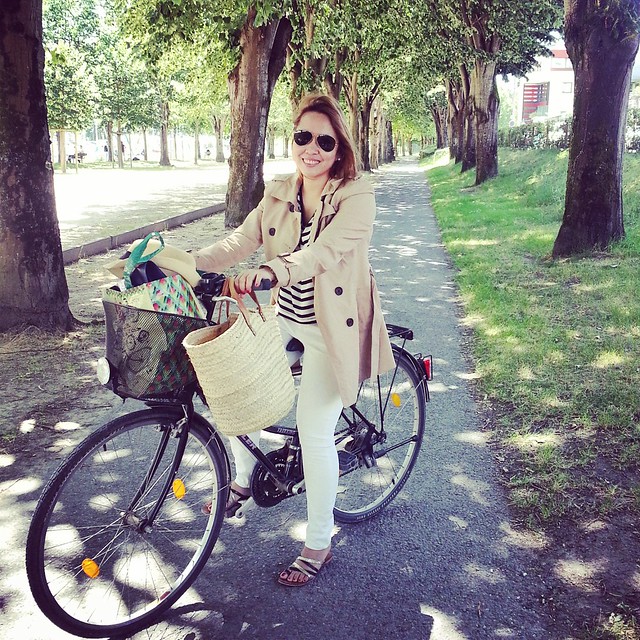 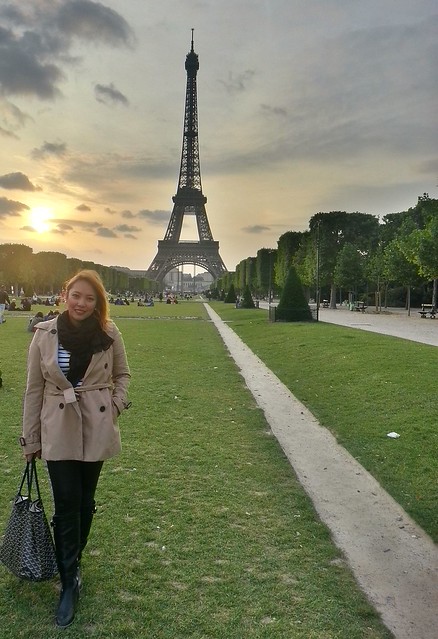 I hope I got you excited about the Kerasilk keratin treatment! I’m not a salon professional though so for any questions or if you want to know more about this fab hair treatment and other Cynos hair products and services, visit Studio Fix by Alex Carbonell at their Greenbelt and Century City Mall branches, and you can check out Studio Fix on Facebook. If you want to know more about Cynos, they’re also on Facebook and Instagram at @cynosinsidehaircare.

Thank you so much to Alex Carbonell and Studio Fix and to the lovely Cynos team!

Cheers and wishing you all good hair days!

« Hello World!
Hole in the Wall at Century City Mall »