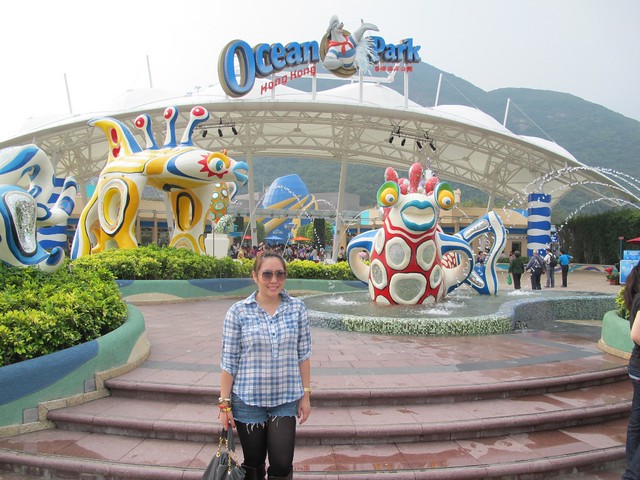 Since we wanted our trip to be a “quintessential Hong Kong” trip, one of the places we just had to visit when we were there was of course, Ocean Park. Way before Hong Kong Disneyland set up shop there, traveling to Hong Kong will not be complete without a trip to Ocean Park, which has become synonymous with fun times and great attractions.
We bought our tickets to Ocean Park in the MTR shop located in Admiralty Station, where they sell tickets to various attractions and theme parks, including Ocean Park and Hong Kong Disneyland.  We got our  Ocean Park tickets at HK$250 each instead of the usual HK$280 for adults. It’s really a good idea to buy  in shops like this. Aside from discounts and freebies (we also bought our Disneyland tickets here and we got a free Disney umbrella and MTR souvenir buttons), we also avoided the long lines for tickets that are typical when you get to the parks.

The easiest way to get to Ocean Park is to get off at the MTR Admiralty Station and get on the double decker Ocean Park Express (Citybus #629) parked just directly outside the station (this bus service is also available from the Star Ferry Terminal in Central).  This is the dedicated bus line that goes directly to and from Ocean Park and leaves Admiralty every 10 minutes (HK$10.6 for adults and HK$5.3 for children aged 4 to 11). While you can also take other buses from other locations, these buses may not directly stop at Ocean Park.

After a short, scenic drive, we reached Ocean Park.  First, we took the must-do pictures by the front of the park, where we were greeted by Ocean Park staff who took our pictures and later on sold them to us as souvenirs (I think they were selling them at HK$98 for two pictures).  Since the park wasn’t open yet when we got there (opening time is 10 AM), we had to line up a bit and wait for the gates to open. 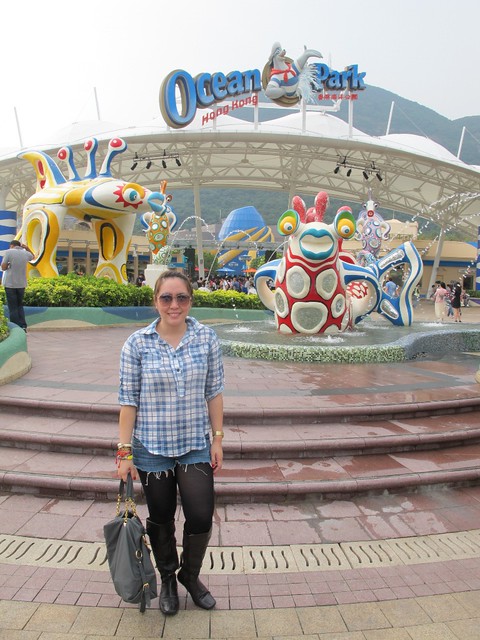 Ocean Park is really a place for families, for kids, and of course for adults who want to enjoy being like kids again. The first thing we did was to rent a locker (HK$70 for a small locker), where we left one of our bags and heavier camera. They also have wheelchairs and strollers for rent. We also got a pressed souvenir penny (HK$10) to add to my travel companion’s growing collection from other theme parks. 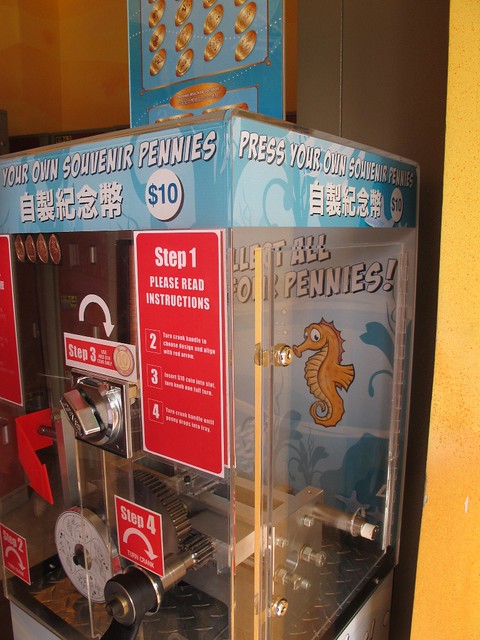 We devised our strategy for seeing the sights in  Ocean Park, which is basically divided into two main areas—The Waterfront and The Summit.  We thought it would be a good idea to start at The Summit since more likely, there will be less people there in the morning because they will tend to start with the attractions in The Waterfront, which is nearer to the entrance gates.

So, we rode the Ocean Express, which is the train that takes visitors from The Waterfront to The Summit (another option is to take the Cable Car, which we took going down from The Summit). 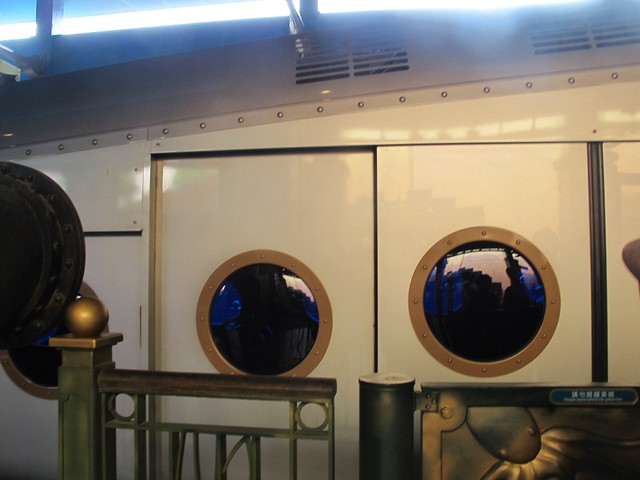 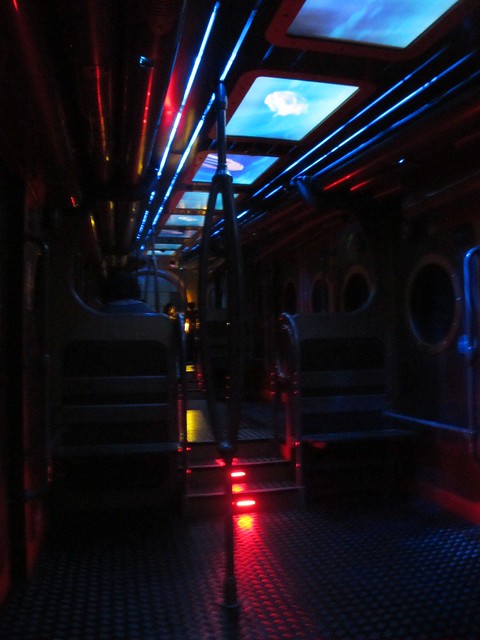 When we reached The Summit, we noticed that there were already a lot of Halloween-themed decorations and temporary attractions set up. The Halloween theme was also echoed in the merchandise being sold in the souvenir shops, where we also bought a hat since it was getting quite hot even if we were up high on a mountain. We rode The Rapids, giving us an excitement level that was just right for us, plus the fact that we kind of welcomed the cooling effects of the water. The Summit also gave us nice views of the surrounding areas, and even of Repulse Bay, which we were no longer able to visit. It is also at The Summit where the Pacific Pier is located, where we got to see California sea lions and harbor seals. Then we proceeded to the Ocean Theatre, where we arrived just in time to see “Sea Dreams”, a show we adults enjoyed so what more the kids there. While watching the show,we ate some corn dogs and cream soda. It was exactly how I envisioned Ocean Park to be. (Like in Hong Kong Disneyland, visitors are not allowed to bring in food and drinks inside Ocean Park so you’d have to rely on their fast food establishments and restaurants, which may get really pricey). After watching the show, we explored some more and I was tad disappointed that Ocean Park Tower was not open that day because of maintenance works.  It would have given us a very high 360 degree view not just of Ocean Park but of the surrounding areas of Aberdeen as well. We also saw the Hair Raiser, which was not yet open  that time we were there in October 2011.  The floor-less roller coaster, along with five new attractions, recently opened in Ocean Park, in answer to Hong Kong Disneyland’s new area, Toy Story Land.  Too bad it wasn’t open yet but if ever, it’s good to have more rides in Ocean Park to look forward to in the next visit. 🙂