Tsim Sha Tsui is a really great area to explore, especially in the evenings, with the cool night air and not as many people walking about as in the daytime.  The whole stretch from East Tsim Sha Tsui MTR station towards the Star Ferry Pier holds so many attractions, like the Symphony of Lights, Avenue of Stars, the Hong Kong Space Museum, the Hong Kong Cultural Centre and the Hong Kong Museum of Art, and in between, rows of malls, shops, and hotels (such as The Peninsula and The Intercontinental).

After seeing the Symphony of Lights, we walked further towards the Star Ferry concourse on the Tsim Sha Tsui promenade and chanced upon Hong Kong’s Old Clock Tower.  It used to be a part of the former Kowloon Station of the Kowloon-Canton Railway since 1915, and had great significance for all the Chinese migrants for whom the station was their gateway to newer, better lives.  When the station was demolished in the ’70s, only the Clock Tower was left behind and since then, it has been a declared monument and landmark from The Age of Steam. The historical background of the Old Clock Tower notwithstanding,  I actually just liked it because of the walkway leading to the tower, with its row of palm trees and low benches, perfect to rest our tired feet from all the walking and sightseeing. 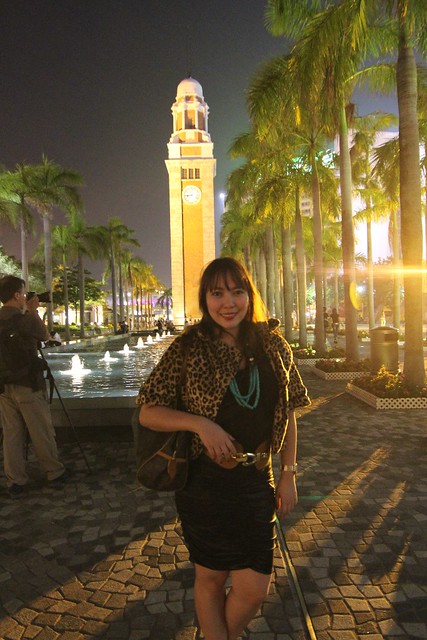 We just enjoyed the sights while resting.  One more reason to love slow travel. 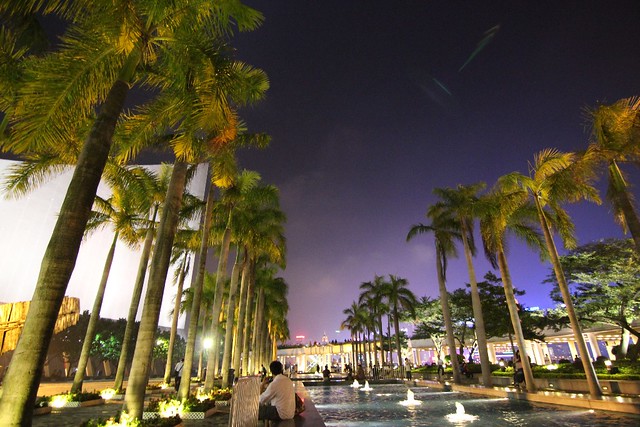 After dinner in Cafe de Coral, we went to nearby 1881 Heritage at the corner of Canton and Salisbury Roads,  with its beautiful Victorian architecture.  It used to house the Hong Kong Marine Police headquarters from the 1880s to 1996, when it was converted to a hotel (called the Hullett House) and mall (which we noticed had a lot of high end watch shops). 1881 Heritage also had interesting towers, with glass stairs to climb up and see the sights below and surprisingly, there were even big, old trees growing on top of the towers. Canton Road is of course known for all the high-end shops lining the famous street, including those that are in the gargantuan mall, Harbour City. Surprisingly, the shops and malls in Hong Kong close quite early (mostly around 8 PM).  But less people means we can do more of this: 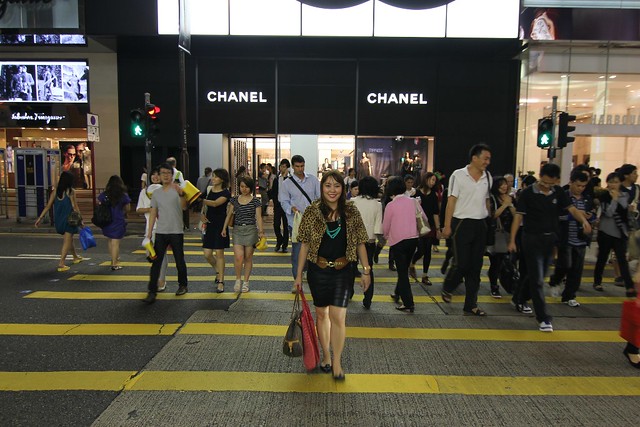 We walked to the nearby Star Ferry pier to go back to Central and called it a night.  Our second day in Hong Kong was  finished.  The rest of Hong Kong awaits.  Cheers!