After we had lunch in Hong Kong Disneyland’s Plaza Inn restaurant and seeing the parade and other sights at Mainstreet USA, it was time to explore more of HK Disneyland’s other “lands”: Adventureland, Fantasyland, Tomorrowland, and since we were there on Halloween weekend, we had the chance to experience the park’s celebration of Disney’s Haunted Halloween, which included the Glow in the Park Halloween Parade.
And here I will share a little tip with you. From our  research, we determined that it would be better if we go through HK Disneyland in a clockwise direction (or start from the left, or at Adventureland).  This strategy will work even better had we arrived early in the morning at Disneyland—because studies show that whenever people enter places like department stores or theme parks, they usually follow a counter-clockwise direction, or they usually go to the right instead of going to the left.  So for HK Disneyland, chances are, more people will tend to start at Tomorrowland rather than Adventureland.  However, since we started in the afternoon already, I suppose the lines will tend to be the same.Anyway, so we started with Adventureland, with its jungle/tropical vibe. The first ride/attraction that we tried out was Tarzan’s Island, where we rode an open motorized raft to cross a river/lake, in the middle of which is Tarzan’s house. 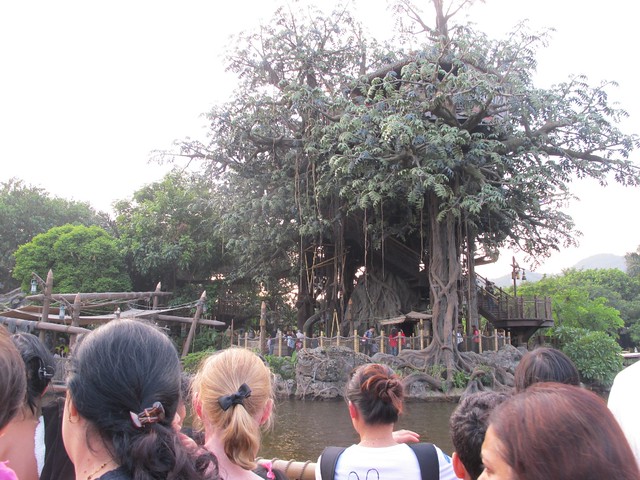 Being in Adventureland was like stepping out of Hong Kong for a moment and being transported to the tropics and the jungle.  In a way that it seems only Disney can execute, the design of the whole place was superb and life-like. In the middle was an actual island with a big tree house.  This is a place where kids (especially boys!) will love, as they can run along and actually experience being in an actual tree house. It was sometime around this point when I was already beginning to feel the onset of a fever, the bad effects of which ebbed and flowed throughout the time we were in HK Disneyland. It was a bummer to not be in the best of health in Disneyland of all places, but I just trudged on and didn’t let that hamper our fun.

Next,  we fell in line for the Festival of the Lion King, a musical based on the movie staged in an indoor circular amphitheater-like venue.  I think this is one of the most-watched shows in HK Disneyland. We had to wait for quite a while before the show, and a huge crowd already formed outside the theater. It was a great show, with acrobatics and fire dancers and great props, and something that even non-kids will appreciate.  The Festival of the Lion King is certainly a must-see show in HK Disneyland. Since we were in HK Disneyland during one of the days of their Halloween weekend celebration, we were also able to try out their Halloween-only attractions, which can be found throughout the park, from haunted houses to fab Halloween decor. In one of these attractions, The Revenge of the Headless Horseman, I think we lined up close to an hour. But I really admired the props and the production, where everything was set up like it’s a traveling circus. Of course, since it was Halloween, there were also lots of Halloween ghouls, ghosts, and characters all around. 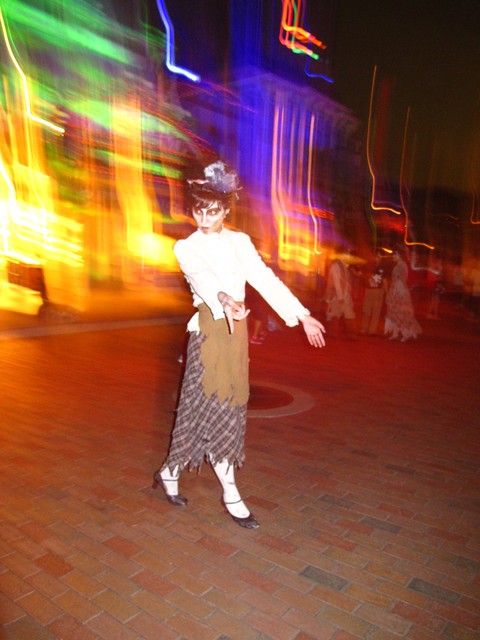 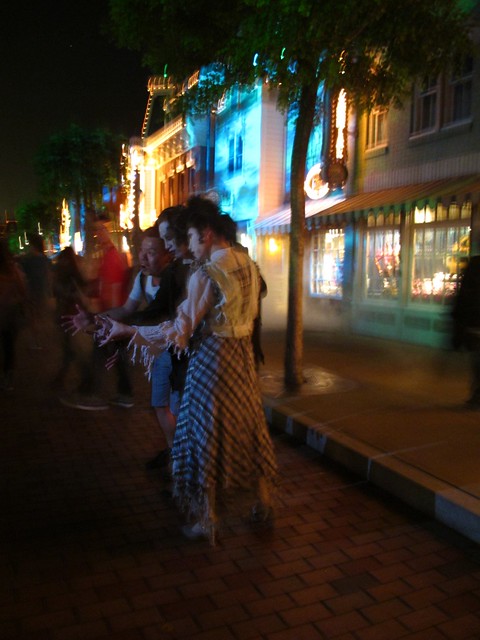 As you can see from the pictures, we had loads of fun!